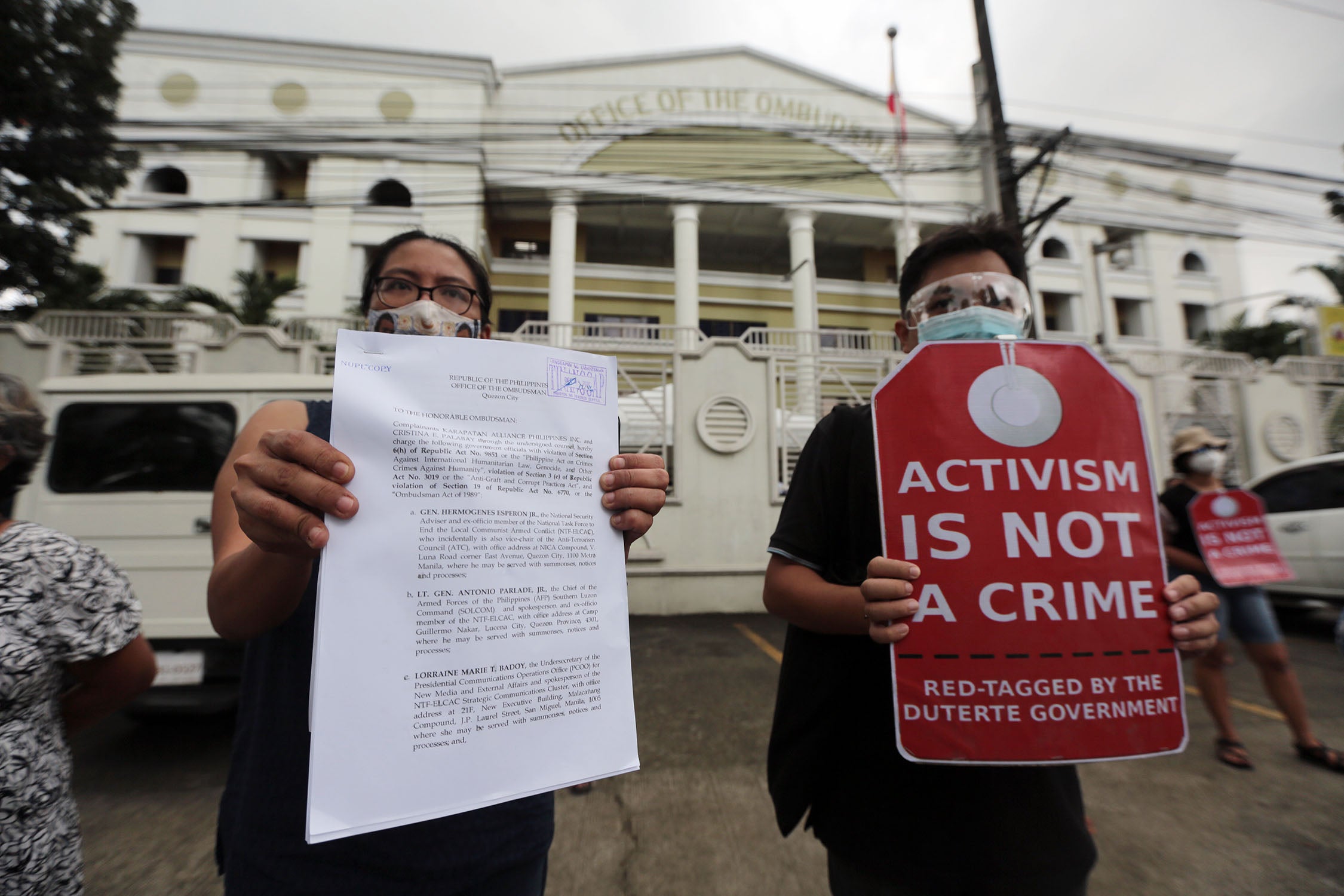 MANILA, Philippines — The killing of a government doctor—tagged by anti-communist groups as a part of the communist armed movement—should be enough to prove that red-tagging puts people’s lives in danger, according to activist groups.

Various organizations on Wednesday spoke out against the killing of Dr. Mary Rose Sancelan in Guihulngan City of Negros Oriental, who was accused of being the spokesperson of Leonardo Panaligan Command of NPA-Central Negros.

Bayan Muna party-list chairperson Neri Colmenares said that the killing of Sancelan, an official of Guihunlngan’s local Inter-Agency Task Force on Emerging Infectious Diseases (IATF), is a testament to the government’s alleged reluctance to address these issues.

Bagong Alyansang Makabayan (Bayan), on the other hand, placed part of the blame on President Rodrigo Duterte’s administration as it has failed to stop the spate of killings against activists and other human rights defenders.

“This is the extreme danger of being red tagged because state forces and their cohorts may just assassinate you with impunity. The Duterte administration is already using taxpayers’ money to harass and vilify its own citizens through red tagging,” Colmenares said.

“The death of the Sancelans should be laid at the doorstop of Malacanang. For one, the national government has failed to stop, and is in fact even encouraging baseless red-tagging. It has failed to protect the rights of citizens with lawyers, doctors, journalists and human rights defenders being killed with impunity,” Bayan secretary general Renato Reyes added.

Both Bayan Muna and Bayan urged the International Criminal Court (ICC), which recently released its position that there is sufficient basis to believe ‘crimes against humanity’ were committed under Duterte’s term, to probe the status of human rights in the Philippines.

“This has to be stopped now and we hope that the [ICC] Office of the Prosecutor would launch a full investigation on the human rights situation in the Philippines sooner rather than later,” Colmenares noted

“The international community, including the ICC, should take note of this state of lawlessness in the Philippines, where even medical frontliners are subjected to red-tagging and are killed. The leadership of the Guihulngan police and Negros province should be relieved for failing to stop the killings in their area,” Reyes stressed.

The chapter of rights group Karapatan in the Negros Island said that Dr. Sancelan and her husband Edwin Sancelan were shot dead at Barangay Poblacion of Guihulngan.  Police confirmed the incident, saying that they were gunned down at around 5:30 p.m. by unidentified assailants aboard motorcycles.

Karapatan also mentioned that Sancelan was one of the names that popped up in a supposed “hit list” by anti-communist group Kagubak, which tagged her as the number one target for being the spokesperson of the local NPA command.

Alliance of Concerned Teachers Rep. France Castro on the other hand noted that the death of Dr. Sancelan is a huge loss considering she is the only doctor in the town and is one of the people responsible for the local government’s COVID-19 pandemic response.

“They killed a doctor, a frontliner, the head of the Inter-Agency Task Force on Emerging Infectious Diseases (IATF) in the city, which handles the government response on the coronavirus disease (COVID-19) pandemic,” she added.

Sancelan and her husband are the latest victims of attacks against activists and human rights defenders in the Negros Island after Karapatan staffer Zara Alvarez was also slain by motorcycle-riding gunmen in Bacolod last August.