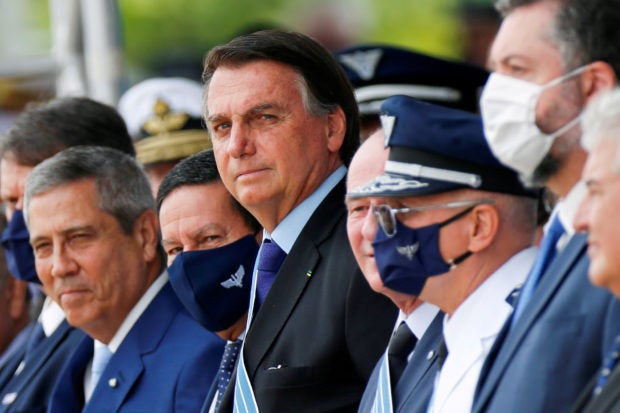 Biden’s victory and Bolsonaro’s reluctance to recognize it have cast a dark cloud over U.S.-Brazilian relations, which had warmed to the point of discussing a free trade deal last year.

Biden is likely to take a tougher line on Brasilia in areas such as the environment, human rights and trade, leaving the far-right Bolsonaro even more isolated on the global stage.

“Greetings to the President Joe Biden, with my best wishes and the hope that the USA will remain ‘the land of the free and the home of the brave,'” Bolsonaro said in a statement published by Brazil’s Foreign Ministry.

“I will be ready to work with you and continue to build a Brazil-USA alliance, in defense of sovereignty, democracy and freedom around the world, as well as in trade integration.”

Bolsonaro, a former army captain, was one of the last global leaders to acknowledge Biden’s victory, doing so only after it was confirmed by the U.S. Electoral College on Monday.

Biden’s victory leaves Bolsonaro without a key diplomatic ally and further undermines his approach to the COVID-19 pandemic, whose gravity, like Trump, he has often sought to play down.

Fresh U.S. pressure to curb deforestation in the Amazon and spur global action against climate change has already caused friction with Bolsonaro, who bristled at Biden’s comments along those lines during a pre-election presidential debate.