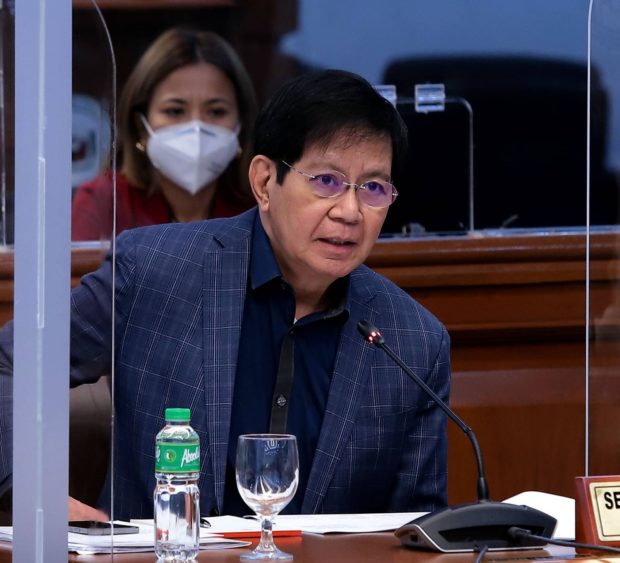 MANILA, Philippines — Passing a measure that would criminalize red-tagging will be a “tall order” in the Senate, Senator Panfilo Lacson said Monday.

Lacson, who led a Senate inquiry into alleged red-tagging by military officials as chair of the chamber’s defense committee, earlier said he is “seriously” considering proposals to make red-tagging a crime but believes he will not get a lot of support from his fellow senators.

“I took the inputs of at least two legal luminaries, [lawyer and professor] Tony La Vina and [Commission on Human Rights] Commissioner [Karen] Gomez-Dumpit. You cannot just disregard their inputs because according to them, red-tagging may be criminalized because freedom of speech is not absolute after all,” the senator said in an interview over CNN Philippines.

“That’s where I am coming from when I said I am seriously considering criminalizing red-tagging. But I know it is a tall order as far as my colleagues in the Senate are concerned,” he added.

According to Lacson, his committee is still collating all the information during the three public hearings conducted on the issue of red-tagging.

“I cannot just deny the fact that both sides presented their cases regarding red-tagging. Dean Antonio La Vina and CHR Commissioner Dumpit both contended that red-tagging may be criminalized,” he said.

“On the other side, the security sector said that if we criminalize red-tagging we might as well criminalize fascist-tagging or dictator-tagging. So when will this end? Right now, what we are doing in the committee is to collate and evaluate all information and testimonies we gathered during the hearings,” he added.