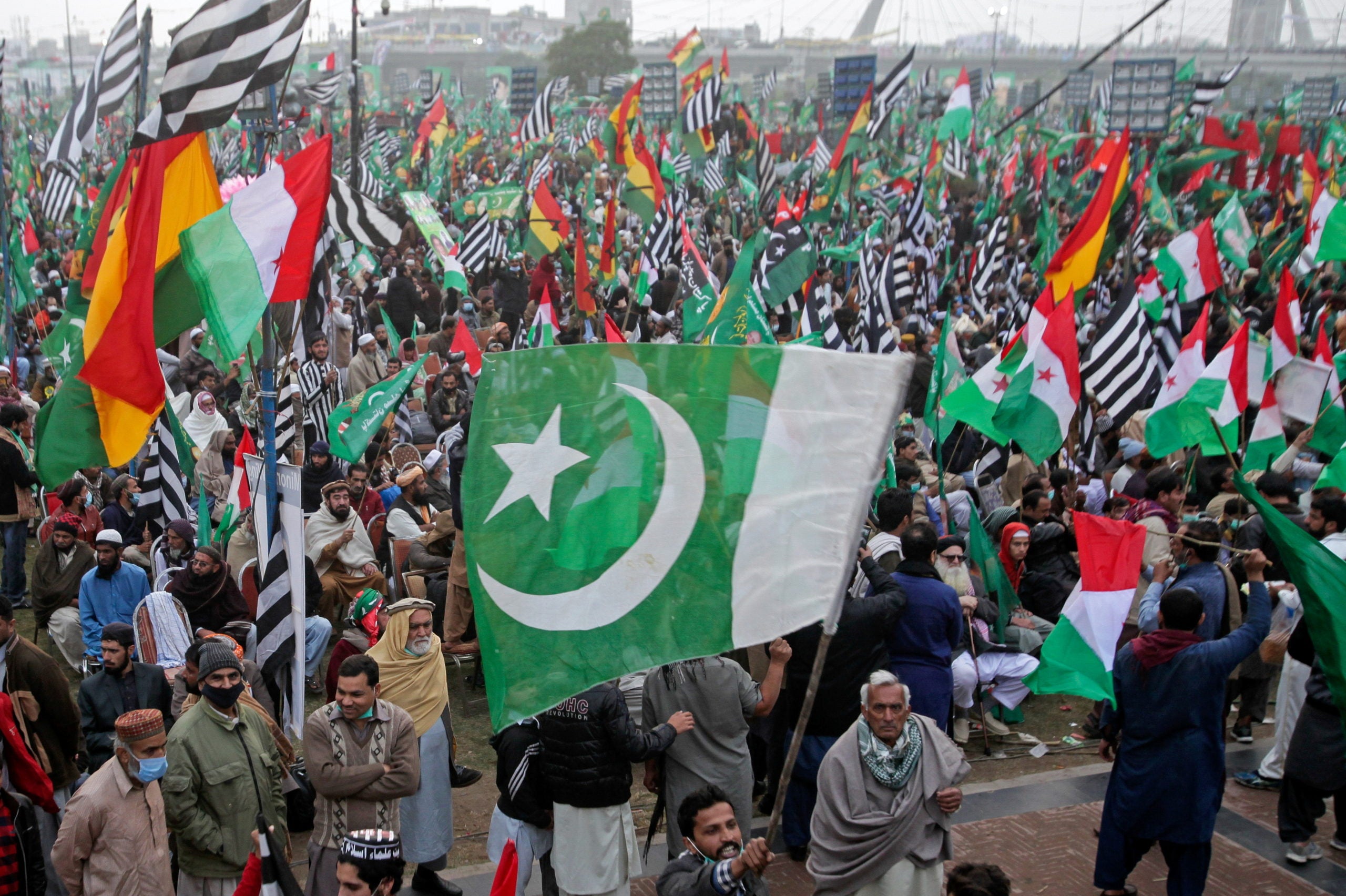 Supporters of the Pakistan Democratic Movement (PDM), an alliance of political opposition parties, wave flags as they listen to the speeches of their leaders during an anti-government protest rally, in Lahore, Pakistan December 13, 2020. REUTERS/Mohsin Raza

LAHORE, Pakistan — The leaders of an anti-government alliance urged tens of thousands of supporters at a rally on Sunday to join a march to the Pakistani capital next months to demand the ouster of Prime Minister Imran Khan, who they say was installed by the military in a rigged 2018 election.

An alliance of 11 major opposition parties – Pakistan Democratic Movement (PDM) – has been holding mammoth rallies since its inception in September to seek Khan’s ouster and press the military to stop interfering in politics.

“The time to have a dialogue is over. There will be a march now,” said opposition leader Bilawal Bhutto Zardari, the son of the late former Prime Minister Benazir Bhutto.

He ruled out the possibility of any dialogue with Khan or the military unless fresh elections were announced.

Khan, who says the protest campaign is aimed at blackmailing him into dropping corruption cases against its leaders, has criticized the rallies amid the novel coronavirus pandemic.

The opposition, which has held six mammoth rallies in recent months, says it plans to put pressure on the government to call a fresh election. The next election is due in 2023.
Pakistan has reported 72 coronavirus deaths and 3,369 infections in the last 24 hours, the highest numbers since June.

The protest campaign comes as the country’s economy struggles with high inflation and negative growth, which the opposition blames on Khan and the military.

“Who else do we blame,” asked former Prime Minister Nawaz Sharif, addressing the rally via a video link from his home in London where he has been living since he left on a medical bail late last year.
Sharif after he fell out with the generals was convicted in 2018 on corruption charges.

“Don’t use the military’s institution for your political ends,” Sharif urged the military generals.

Khan and the military deny the accusations.