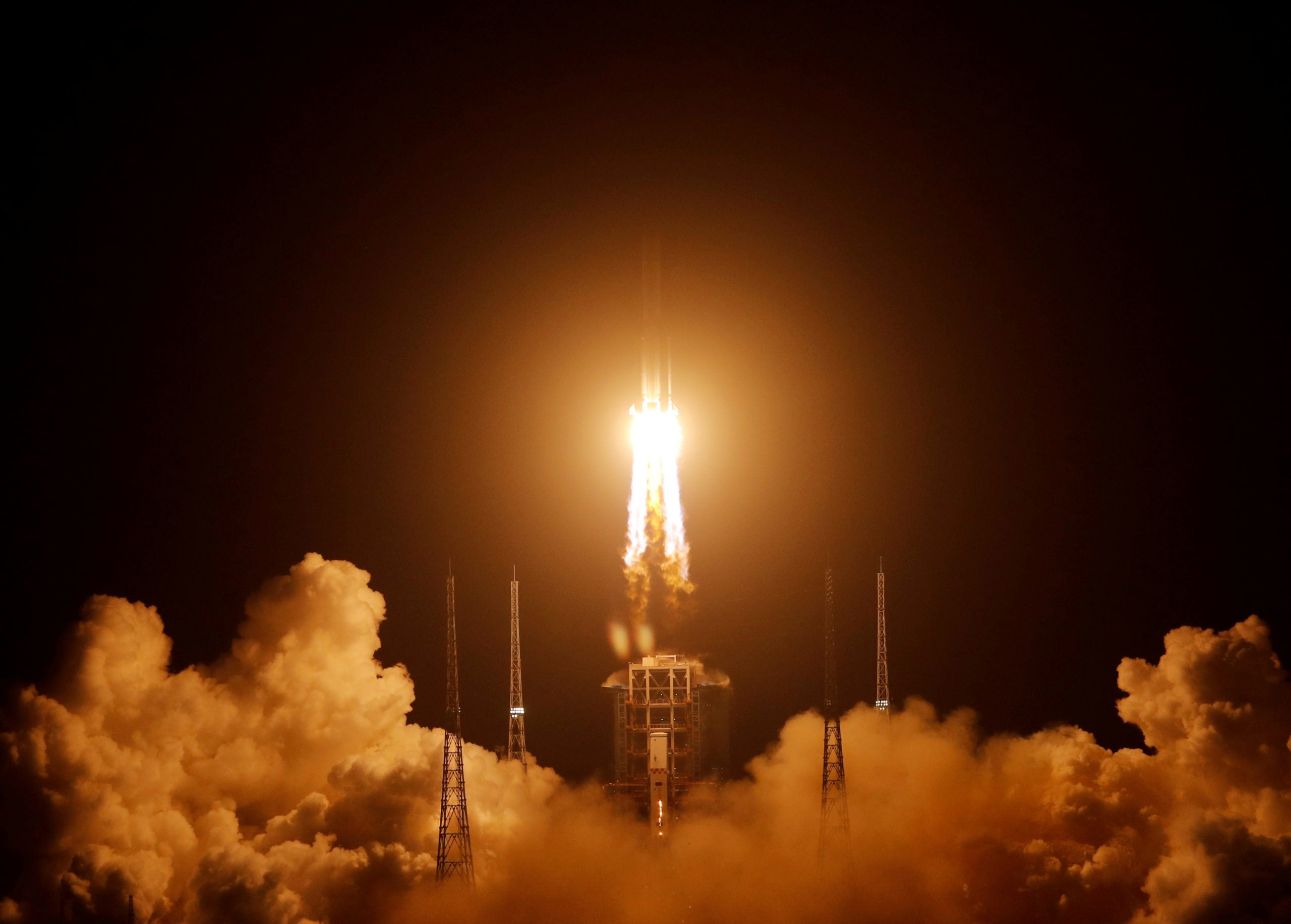 A Chinese spacecraft carrying rocks and soil from the moon has begun its journey back to Earth, the official Xinhua news agency reported on Sunday, putting China on course to become the first country to successfully retrieve lunar samples since the 1970s.

Engines on the Chang’e-5 probe were ignited 230 km (143 miles) from the lunar surface early on Sunday, Beijing time, before being shut down after 22 minutes with the craft on a trajectory towards Earth, Xinhua said, citing a China National Space Administration statement.

A successful landing in Inner Mongolia would make China only the third country to have retrieved lunar samples after the United States and the Soviet Union. The plan was to collect 2 kg (4.4 lbs) of samples, although it has not been disclosed how much was actually gathered.

The Chang’e-5 was launched on Nov. 24 and a lander vehicle touched down on the moon on Dec. 1. The mission was expected to take around 23 days in total.