A Dutch adoption scandal triggers a search for roots in Indonesia 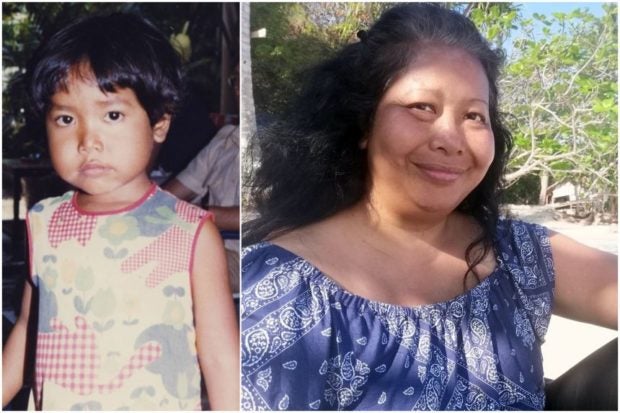 Ms Widya Astuti Boerma ended up in an orphanage in Jakarta at the age of three. COURTESY OF WIDYA ASTUTI BOERMA via The Straits Times/Asia News Network

JAKARTA — Until a few months ago, Ms Widya Astuti Boerma knew her biological mother only from glimpses of memory.

Some were pleasant: a moment of them both at the sultan’s palace in Yogyakarta for example. But others were jarring, including one indelibly etched of the family’s house ablaze. And then the final one: her mother’s instructions at a Jakarta train station to “be a good girl” and go with a woman she barely knew.

Ms Widya ended up in an orphanage. She was three.

Now, 45, Ms Widya is one of a growing number of Dutch adoptees scrambling to find their biological parents in the wake of explosive local media reports, court cases and a government inquiry into illegal adoptions.

The findings of a two-year inquiry into the role of Dutch government officials, including some of its embassy staff, in facilitating suspected illegal adoptions are expected in February.

“It made me think I wasn’t alone,” Ms Widya, who speaks Dutch, English, German and Spanish, told The Straits Times over the phone from her home in The Hague in the Netherlands, referring to the controversy.

“It made me wonder if I had been a victim of child trafficking.”

Three weeks after separating from her mother, and enduring beatings at the orphanage in Indonesia for crying, Ms Widya was adopted by a Dutch couple who had flown in.

She recalls the orphanage telling her that her mother could not care for her and that if she protested, her new parents would send her back to the orphanage.

In June, an Indonesian-speaking colleague posted details of her case on Twitter. The post got 3,500 retweets and attracted a sudden flurry of attention from Indonesian media.

And on June 17, the day after an interview with an Indonesian television network in which Ms Widya recounted details of the house fire, her colleague received a direct message from the daughter of a woman named Suyatni.

The 58-year-old woman, who was married at 12 to a man in his early 30s, was born in Yogyakarta and had worked as a housekeeper in the sultan’s palace.

With the help of translators, Ms Widya, whose knowledge of Bahasa Indonesia is limited to a few nursery rhymes her mother sang to her, learnt that the woman’s family had joined a government transmigration scheme that took them to Lampung, 900km away on the southern tip of Sumatra.

Madam Suyatni said her husband, who has since died, was a violent man and ran into trouble with neighbors and police. A mob later set fire to their house.

That was when Madam Suyatni fled with her young daughter to Jakarta to find work.

“It was kinda scary (to find) someone who can actually continue the story which you have had in you for all those years,” said Ms Widya.

More than 3,000 Indonesian children were adopted by Dutch nationals during the decade until 1984 when Indonesia, which declared independence from the Netherlands in 1945, all but banned the practice.

Ms Ana Maria van Valen, who herself is an adoptee from Indonesia, said a big chunk of overseas adoptions during that period were likely involuntary.

Ms van Valen, who remains close to her adoptive parents, speaks from experience. Her biological mother was poor and had sought help from an orphanage to care for her temporarily.

But the orphanage turned around and gave her up for adoption by Dutch parents.

The couple, whose conditions could not be more different from Ms van Valen’s biological parents, were keen to round out their family. They flew to Indonesia, booking excursions to tourist hot spots including Borobudur, to await completion of the adoption process.

“My Dutch parents already had three boys and they wanted a girl but not a baby,” Ms van Valen, 44, recalls. “I was a girl and already 2½.”

Ms van Valen co-founded Mijn Roots – pronounced “mine roots” – in 2015 to help reunite Dutch adoptees with their Indonesian parents. Progress has been slow.

Adoption documents here were riddled with errors and falsehoods. Of the hundreds of inquiries her organization has received, 40 have yielded reunifications. In roughly half of the cases, the non-governmental organization (NGO) would go on to learn from the biological parents that the adoptions had been involuntary.

At the end of a year that has brought suffering and separation, for Ms Widya there is reunion and renewal. Results of a DNA test confirming whether she is Madam Suyatni’s daughter are expected by the end of the month. She has already booked a flight to Jakarta to meet Madam Suyatni early next month.

On a recent afternoon, Madam Suyatni, who uses one name like many Indonesians, dabs her eyes with her burgundy hijab.

Living 90 minutes from Jakarta on a neat row of low-income housing, she runs a small kiosk from the front of her house. She is remarried and has had five more children, including one from Ms Widya’s biological father.

“It was only meant to be temporary,” she said, recalling her separation from Ms Widya that day at the train platform in 1979.

“I hope she can forgive me.”