MANILA, Philippines — Law enforcers must abide by the stringent rules that the Philippine National Police (PNP) itself set in serving search warrants, such as the requirement to provide specific descriptions of the areas and items to be searched and have two witnesses from the local community present during the operation.

The results of the operation may be declared void if the officers fail to comply with those guidelines, according to a lawyer who has defended clients accused of illegal possession of firearms and explosives.

Stephen Cascolan said that under the Revised PNP Operational Procedures published in 2013, the police must ensure that the occupant or owner of the place being searched is present during the entire procedure.

In the absence of the owner or resident, there should be two witnesses “of sufficient age and discretion residing in the same locality,” Cascolan said in an interview with the Inquirer on Friday.

“In practice, the observers or witnesses during the search are local officials,” he added. This is “also to protect law enforcers from accusations that they just planted evidence.”

When asking for a search warrant to be issued by the court, the police should also notify the judge about the crimes allegedly committed by their suspect and how they obtained this information, he added. 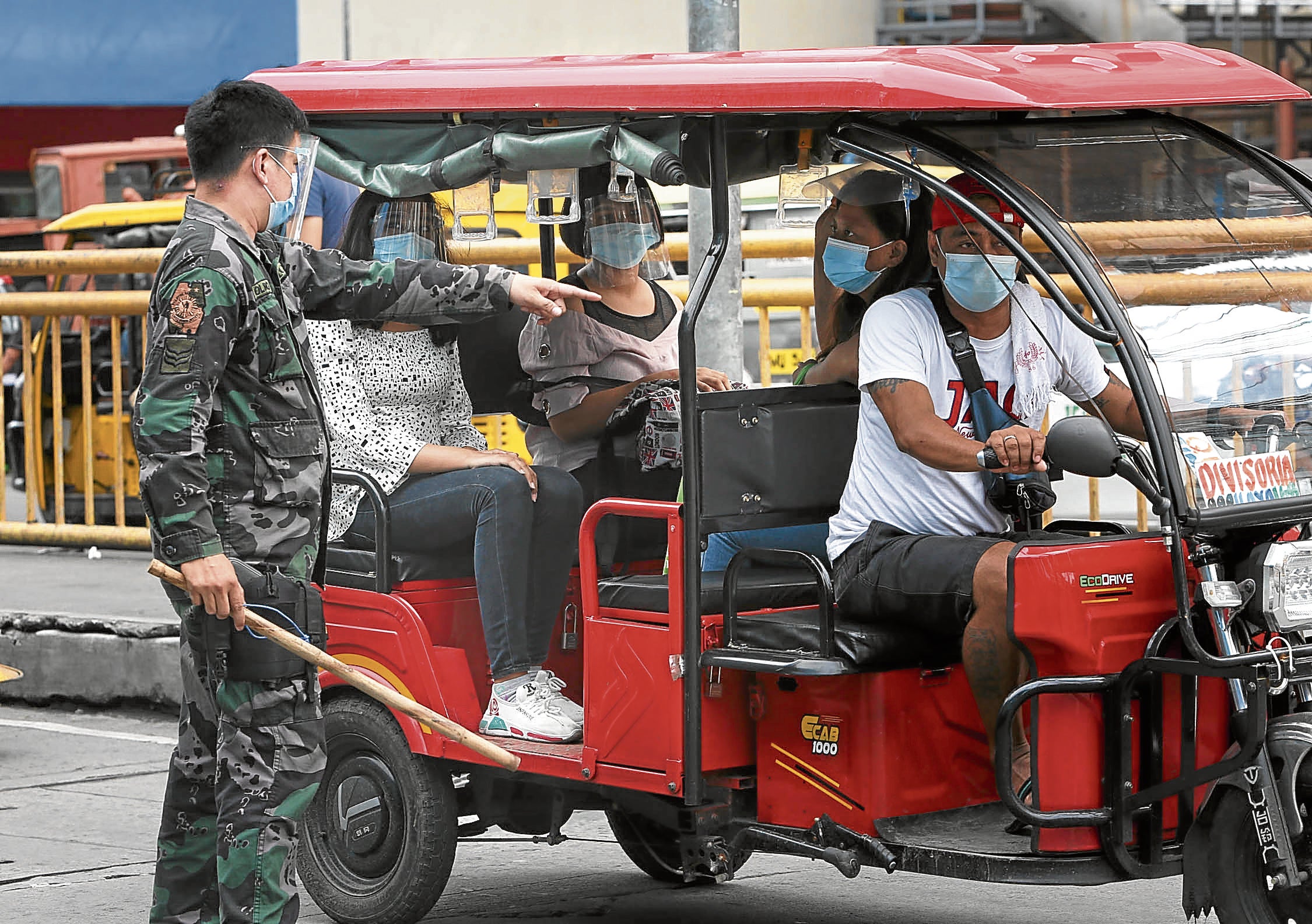 ‘YANTOK’ ENFORCER A policeman brandishing a rattan baton also known as “yantok” makes sure physical distancing is observed in a tricycle in Manila’s Divisoria market district on Friday. —MARIANNE BERMUDEZ

“If I were the lawyer of the persons held for illegal possession of firearms, I would immediately check if the area was really the subject of the search warrant and if the policemen reported specifically the items that they were looking for,” Cascolan said.

“In the case of Reina Mae Nasino and her two colleagues, Ram Bautista and Alma Moran, the description of the place stated in the search warrant is different from the place where Reina Mae and her colleagues were during the search,” said Cristina Palabay, secretary-general of human rights advocacy group Karapatan.

The case of Nasino, an activist arrested last year, made headlines in October after the Manila judge handling her case ordered her separation from her infant daughter while in detention. The baby later died in the care of her grandmother.

“Ram’s name was the only one in the search warrant; those of Reina Mae and Alma, who happened to be in that place (Bayan’s office in Tondo, Manila) at the time, were not,” Palabay said. “And yet they were also arrested.”

Cascolan said that in cases involving illegal possession of firearms, the PNP should also prove that the seized weapons bore the fingerprints of the accused.

“Without the presence of the fingerprints on the seized guns, the source of those firearms will be questionable,” he said.

Dexter Calizar, a lawyer formerly with the Commission on Human Rights, said any violation of the PNP guidelines and the rules in handling evidence should lead to the dismissal of the case due to technicality.

In Calizar’s view, the recent series of raids and arrests targeting activists, labor leaders, and community organizers could be considered “a form of restraint. We can really see a pattern.’’

“Illegal possession of firearms and explosives is a very serious criminal offense. It’s a nonbailable case. If the police bring charges for lighter offenses, then the subject of those cases could easily post bail and return to what they are doing,” he said.

Calizar recalled instances where the police filed cases for grave offenses as leverage to force the arrested persons to “squeal” and implicate “bigger personalities” in militant organizations.

“It’s similar to what some erring policemen would do when they ‘arrest’ street-level drug suspects,” he added.

“To be fair to the PNP and the courts that issued the search warrants, these are always deemed valid,” Cascolan said. “But you also have to look at the pattern. There seems to be a pattern of targeting the arrest of individuals affiliated with some organizations. That puts the legality of the search warrants in question.” —WITH A REPORT FROM MARIEJO RAMOS