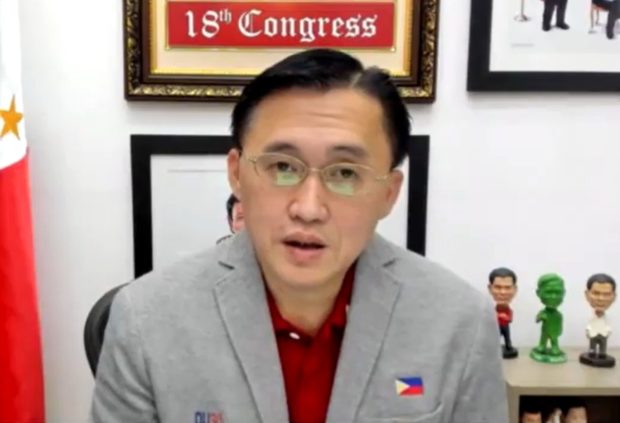 MANILA, Philippines — Senator Bong Go has reminded activists arrested on the International Human Rights Day that search warrants and arrest orders are not being done without basis, despite claims from groups that the firearms seen were planted.

Go explained on Friday that activists should not criticize the police officers doing the arrests — which included six trade unionists workers plus journalist and Manila Today editor Lady Ann Salem — because they are only implementing orders issued by the courts.

(They won’t be arrested without any basis, and if there is no warrant of arrest.)

(So if you have a warrant of arrest, it means it went through the court and it issues a warrant, so the police and military only enforces these arrest orders.)

However, activists including Bayan Muna Rep. Carlos Zarate noted of the similarities in the arrests of the seven individuals and the raids conducted in 2019, where activist Reina Mae Nasino was arrested.

During the separate raids in Quezon City, Manila, and in Mandaluyong where Salem was nabbed, authorities claimed to have seized more than a dozen pistols, long rifles, several grenades and ammunition, and other pieces of evidence like laptops and cellphones.

Go, a long-time ally of President Rodrigo Duterte, then urged the activists to respect the Chief Executive’s term and instead run in the next elections.

(Just respect it, and wait for your time and turn, because we have an elections.  If you want, run for the elections if you want to lead the country.)