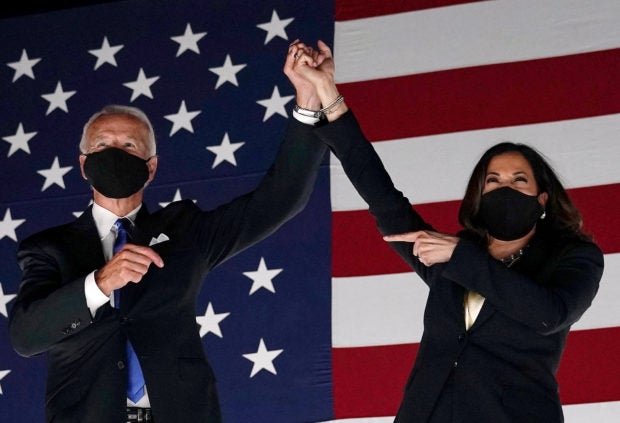 (FILES) In this file photo taken on August 20, 2020 Former vice-president and Democratic presidential nominee Joe Biden (L) and Senator from California and Democratic vice presidential nominee Kamala Harris greet supporters outside the Chase Center in Wilmington, Delaware, at the conclusion of the Democratic National Convention, held virtually amid the novel coronavirus pandemic. – US President-elect Joe Biden and Vice President-elect Kamala Harris have been chosen as Time magazine’s 2020 “Person of the Year,” the publication announced on December 10, 2020. (Photo by Olivier DOULIERY / AFP)

NEW YORK – US President-elect Joe Biden and Vice President-elect Kamala Harris have been chosen as Time magazine’s 2020 “Person of the Year,” the publication announced Thursday.

The Democratic pair were chosen ahead of three other finalists: frontline health care workers and Anthony Fauci, the racial justice movement, and President Donald Trump who Biden defeated in November’s election.

Time’s magazine cover has a picture of Biden, 78, and Harris, 56, with the subtitle “Changing America’s story.”

Biden beat Trump by 306 electoral college votes to Trump’s 232 to end the real estate tycoon-turned-politician’s presidency after one term. 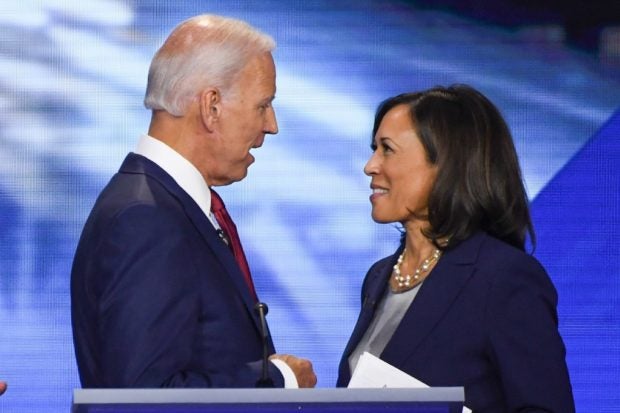 Biden received roughly seven million more votes than his Republican adversary, who is yet to concede, claiming widespread fraud of which there is no evidence.

Time magazine’s award — handed out annually since 1927 — honors the person or people who most impacted the news, for better or worse, during the calendar year.

Earlier Thursday, Time named basketball superstar LeBron James Athlete of the Year for his achievements on and off the court.

The 35-year-old Los Angeles Lakers player was honored for battling voter suppression among Black citizens in a year when he won his fourth NBA title.

K-Pop sensation BTS was named Entertainer of the Year.