‘We rage against red-tagging’: UP CMC slams arrest of alumna | Inquirer News

‘We rage against red-tagging’: UP CMC slams arrest of alumna 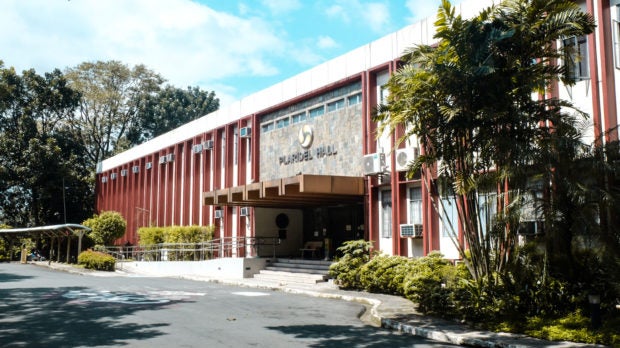 The University of the Philippines College of Mass Communication (UP CMC) denounced the arrest of its alumna, Manila Today editor Lady Ann Salem, and called for her immediate release. (Photo: Denver del Rosario)

MANILA, Philippines — “Her advocacy is her identity, even if it is now apparently the reason for her arrest and detention.”

In a razor-sharp statement, the University of the Philippines College of Mass Communication (UP CMC) denounced the arrest of its alumna, Manila Today editor Lady Ann Salem, and called for her immediate release.

The National Union of Journalists of the Philippines (NUJP) reported that the journalist was arrested at her house in Mandaluyong City by police officers early Thursday morning, just as the world marked International Human Rights Day.

Posted by National Union of Journalists of the Philippines on Wednesday, December 9, 2020

UP CMC pointed out that Salem’s arrest came nine days after AlterMidya, a national network of alternative media organizations, was red-tagged at a Senate hearing by the National Task Force to End the Local Communist Armed Conflict (NTF-ELCAC).

“The circumstances behind her arrest mirror the cases of activists like Reina Mae Nasino and Amanda Lacaba Echanis. Just like them, Icy (Salem) has been red-tagged in the past,” UP CMC said.

Salem, a member of NUJP, also works for the alternative media organization Tudla Productions and serves as communications officer of the International Association of Women in Radio and Television (IAWRT).

The college also vouched for Salem’s integrity as a journalist, being a graduate of the college’s Broadcast Communication program in 2006.

UP CMC also slammed the red-tagging of its students and graduates, recalling how they “admonished” NTF-ELCAC and Lt. Gen. Antonio Parlade, Jr. for baselessly accusing one of its student organizations, the Union of Journalists of the Philippines – UP (UJP-UP), as a communist front.

It would be recalled that Parlade red-tagged last May various media and student organizations, including UJP-UP, for denouncing the shutdown of media network ABS-CBN and exploiting the issue to uphold “communist” ideals.

UP CMC stressed that Salem cannot be guilty of documenting the plight of the marginalized in her stories, adding that the college instills in its students the value of advocacy.

“That we produce graduates like Icy who opt to keep the torch of press freedom burning shows the quality of education we provide to our students,” the statement said.

“We teach them the value not just of seeking the power of truth but also of speaking truth to power,” it added.

UP CMC further called on its students, faculty, staff, and alumni to “amplify our collective voices not just in protecting one of our own but also in promoting and upholding the rights of the oppressed, repressed and deprived in these dark times.”