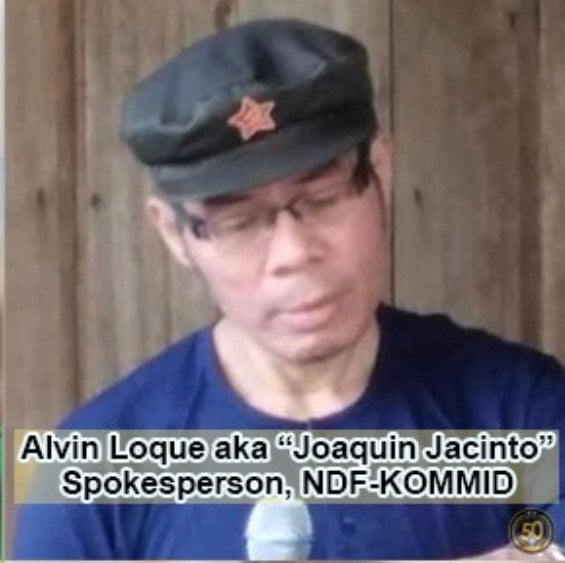 Photo of Alvin Luque provided by the military. PHOTO FROM EASTERN MINDANAO COMMAND

DAVAO CITY –– A ranking leader of the communist movement in Mindanao was killed by government forces in Tandag City, Surigao del Sur on Thursday, Dec. 10.

The military’s 4th Infantry Division said in a statement that Alvin Luque, spokesperson of the National Democratic Front-Mindanao, died after allegedly fighting it off with a composite team of police and soldiers who were serving warrants for his arrest.

Luque, also known as Ka Joaquin Jacinto, and a still unknown companion were killed in Hermenias Resort in Tandag City around 1 a.m. on Thursday, the military said.

“As the law enforcers served the warrants, the subject, together with his companion, opened fire towards the arresting forces, which prompted the arresting officers to take cover and return fire leading to a gunfight and resulting in the death of the suspect and his male companion,” the military added.

The military claimed that they were able to recover a handgun, a fragmentation grenade, 500 rounds of 7.62mm ammunition, a blasting cap, a trigger mechanism, and other items.