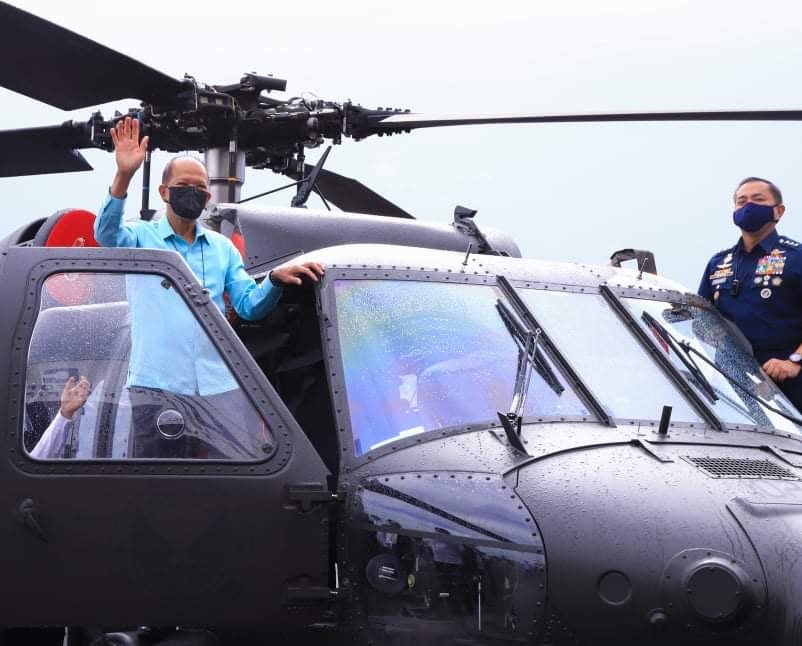 The Philippine Air Force welcomes its first batch of brand new combat utility helicopters as it commissions 6 Sikorsky S-70i Black Hawk choppers in a ceremony at Clark Air Base, Pampanga on Dec. 10, 2020. DND

The helicopters formally entered into service after being delivered by Polish contractor PZL Mielec, a subsidiary of the American defense company Lockheed Martin. Ten more units are expected in early 2021.

In 2018, President Rodrigo Duterte called off a deal to buy Bell 412EPI combat utility helicopters from Canada, which expressed concern that the helicopters could be used in counterinsurgency operations in the Philippines.

Defense Secretary Delfin Lorenzana admitted he was unhappy with the cancellation of the contract at the beginning.

“I was very, very unhappy. That it came when it was due to be implemented was doubly frustrating,” he said in his speech. It brought them back to square one, he said.

“We were racing against time before we lose the money to other projects,” he said.

But Lorenzana said it turned out to be for the good in the end: “We got a better deal with this aircraft. Not only it’s more powerful, more payload, and longer range, we got them cheaper… The procurement process proceeded very fast and smooth as well.”

“The chances of that being fulfilled is very big actually. So, we’ll see,” he said.

The new Black Hawk helicopters would boost the aging Huey choppers and a handful of Bell 412 helicopters of the 205th Tactical Helicopter Wing.