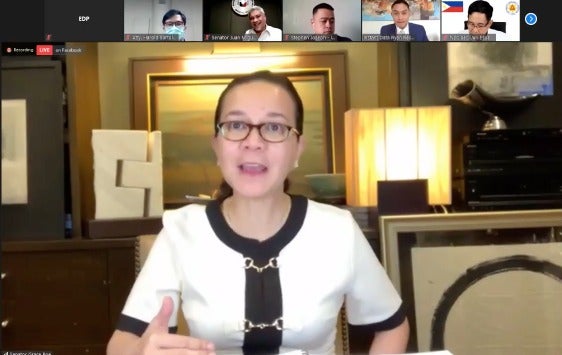 The Senate decided to reduce the budget of the DOTr since it “has a track record of having difficulty utilizing or absorbing their budget and actually spending it,” said Poe, who defended the agency’s budget during plenary debates at the Senate last month.

The DOTr’s proposed 2021 budget under the National Expenditure Program (NEP) submitted by the Department of Budget Management (DBM) to Congress amounts to P143 billion.

“We trimmed it down to about P94 billion. That’s how much we took out,” Poe said in an interview over ABS-CBN News Channel.

The Senate initially slashed it to P109 billion following its plenary deliberations.

“The reason [for this] is most of those projects that they lodged in the DOTr was for rail and seeing the face of what they needed for that, and the demand on other things, like COVID response, we thought that the DOTr won’t be able to spend it anyway next year,” Poe said.

“All of that, we moved it. In fact, for the vaccines, we have about P83 billion now. It started with much less but we made sure that there was an allotment for procuring vaccines from the DOH [Department of Health] and some unprogrammed funds,” she added.

Under the Senate version, P83 billion was earmarked for the purchase, storage, transportation, and distribution of COVID-19 vaccines.

Of that amount, P8 billion is allocated under the budget of the DOH while a total of P75 billion is set aside under unprogrammed or “stand by” appropriations.

Under the Senate version of the budget, she said P4.5 billion was allocated to increase the capacities of hospitals while P13.5 billion was earmarked for the special risk allowance of health workers.

“If we take it out from one department, it’s realigned because of the situation we’re in, which is COVID. And we need those frontliners, we need the response, we need the vaccine, we need the testing, and the PPEs, etc,” the senator said.

The Senate and the House of Representatives are currently reconciling their versions of the budget through a bicameral conference committee meeting that began last week.

Congress is expected to ratify the final version of the 2021 budget on Wednesday.