Amid pandemic, candidates turn to Zoom and TikTok in Indonesia’s regional elections 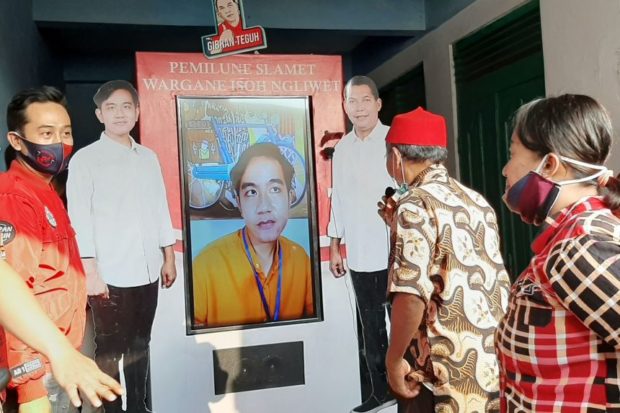 JAKARTA — Dangdut star Jenita Janet hollered “SMS” while gyrating sexily in a tight top and hot pants in front of thousands of people packed in a stadium in I Gorontalo, Sulawesi, in September.

She was referring to the acronym for Mr Saipul Mbuinga and Ms Suharsi Igirisa, who are running for regent and deputy regent of Pohuwato in Wednesday’s (Dec 9) regional elections.

The audience cheered and danced, oblivious to Covid-19 health protocols such as safe distancing and the wearing of masks.

Rallies, concerts, sporting races and bazaars form the bedrock of election campaigns in Indonesia, whose 270 million people make up the world’s third-largest democracy, after India and the United States.

But the coronavirus pandemic has pushed the Indonesian government to enforce stricter rules on campaigning, which kicked off on Sept 26 and ended on Saturday.

The General Election Commission, or KPU, banned mass gatherings and events. Despite that, 70 candidates were infected, with three eventually succumbing to the deadly coronavirus.

Violations were prevalent, said the Elections Supervisory Agency (Bawaslu) which oversees the KPU.

Fewer than 100 campaigns were carried out online, even though 6,000 official accounts of candidates were registered with the election commission.

This indicated that candidates stuck with tried-and-tested campaigning methods because of poor digital infrastructure and weak Internet access.

“Candidates prefer face-to-face campaigns to virtual ones as voters still enjoy meeting and having a dialogue with the aspiring leaders,” Mr Arya Fernandes, a political analyst at the Centre for Strategic and International Studies, told The Straits Times.

Mr Gibran Rakabuming Raka, the eldest son of President Joko Widodo, is among them. He is running for mayor of Solo, the position held by his father when he began his political career in 2005.

Mr Gibran, 33, who is running with Mr Teguh Prakosa, interacted “live” with his constituents via a giant TV screen which his supporters moved around Solo’s densely-populated neighborhoods. A webcam and microphone connected to a laptop allowed Mr Gibran to meet and greet voters, and address their problems.

“Heavy rain often causes floods in many parts of Solo… which affect the city’s reputation,” Mr Purnomo Subagyo, a village leader complained in one exchange.

In Makassar, the provincial capital of South Sulawesi, Mr Munafri Arifuddin, who is also running for mayor, chose to campaign with the Zoom video conferencing app.

Mr Munafri, along with his running mate Abdul Rahman Bando, hoped to reach up to 50,000 voters by the end of the campaign, their spokesman, Ms Gemintang Mallarangeng, told The Straits Times.

Campaign rallies have been broadcast on YouTube and TikTok to reach more tech-savvy voters. Candidates have also uploaded short films discussing current issues such as unemployment and the pandemic on their official YouTube accounts.

Said Ms Gemintang: “The Covid-19 pandemic has forced us to introduce innovation and creative campaign programs that can reach a bigger audience with lower costs compared with conventional means.”

No. of poll workers: More than 2 million