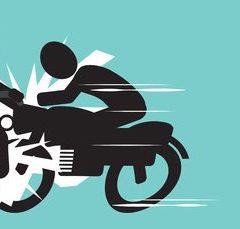 LUCENA CITY – A motorcyclist died while his back-rider was seriously injured after their vehicle crashed into a parked truck in Candelaria, Quezon early Sunday.

The Candelaria police said the victim, identified as of posting time only as a certain “Rico”, rammed the rear portion of a parked cargo truck on the side of the national road in Barangay  Malabanban Sur around 1:10 a.m.

The victim sustained severe head injuries and died on the spot, said the report. It did not state whether or not the fatality had a crash helmet.