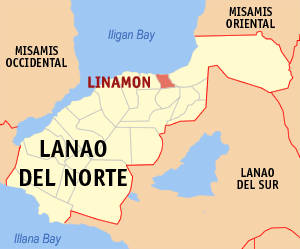 LINAMON, Lanao del Norte – A man took his wife as hostage inside their residence Saturday night to prevent law enforcers from serving an arrest warrant against him, a military official said.

Lt. Col. Domingo Dulay, commander of the Army’s 4th Mechanized Infantry Battalion, said the man, identified only as a certain “Moca”, resisted arrest by firing at the police personnel and then used his wife as a human shield.

This prompted the police to radio for reinforcement from the Army.

Dulay said a police officer was hit in the neck and was rushed to a hospital in Iligan City for treatment.  The hostage also sustained a gun shot wound.

Dulay added that the suspect was armed with an M-14 rifle and a grenade.

Dulay said that authorities are still negotiating with the suspect, as of posting time, or some 14 hours after the incident started.