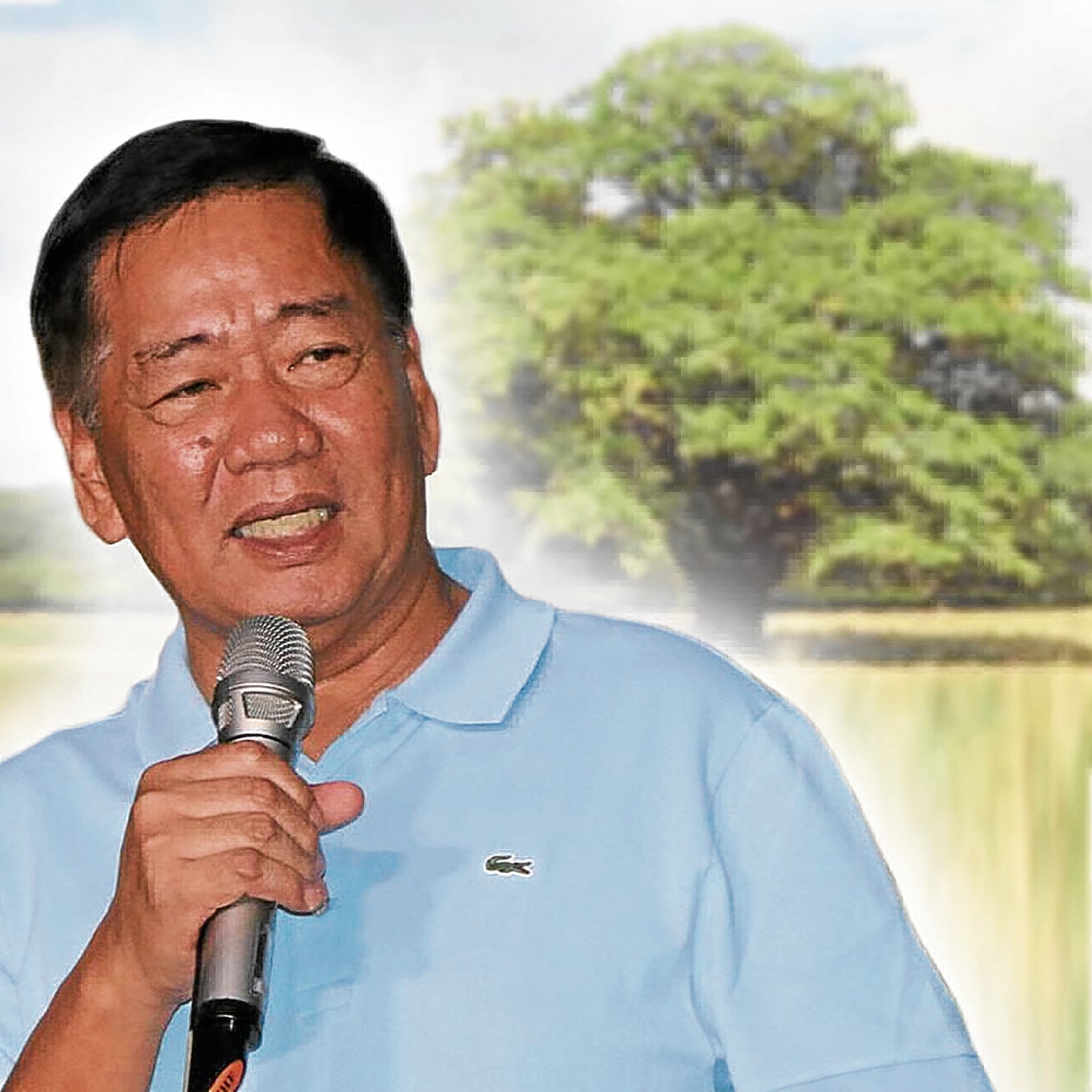 But even that accusation, for which Perez, 66, lost authority over the local police in 2017, failed to erode the public’s trust that snowballed into shock and rage in this quiet, university town in Laguna province.

The mayor, with a civilian guard, was taking a stroll in an open area at the municipal hall compound on Thursday night when he was shot and killed. The incident happened just a kilometer away from the municipal police station.

Gov. Ramil Hernandez, “strongly condemned” the attack as he ordered a thorough police investigation on Friday. Several other Laguna mayors supported his call for justice.

The University of the Philippines Los Baños said the attack was an “affront to our dearly held respect for human rights.”

“We would also like to appeal to the residents of Los Baños to denounce this utter disregard for judicial processes as can be seen in the killing of Mayor Perez,” it said in a statement.

Perez’s political career began as a village captain. He would personally manage vehicle traffic and, like a doting father, sent college students in the wee hours back to their dormitories. He was elected mayor from 2001 to 2010, best known for his programs on waste segregation and the ban on plastic bags in a town nestled at the foot of Mt. Makiling.

From 2010 to 2013, Perez served as Laguna vice governor and was re-elected mayor in 2014, 2016, and 2019. Since then, he spent most of his time at the municipal hall, with a small bedroom and its own entrance through the back of the government compound, a modest tent to receive guests outside office hours, and a small koi pond.

“He practically lived there because he said it would be easier for him to perform his job,” said town Councilor Janos Lapiz.

On Thursday evening, Perez and Lapiz had come from inspecting a government project at Barangay Baybayin when the mayor, upon arriving at the municipal hall, asked for a masseuse. Local massage therapists are common here where natural hot springs abound.

At 8:45 p.m., Perez asked his driver and another assistant to drive the masseuse home. The mayor then went to feed his carp and took a stroll out in the open area of the town hall when two gunshots rang out. 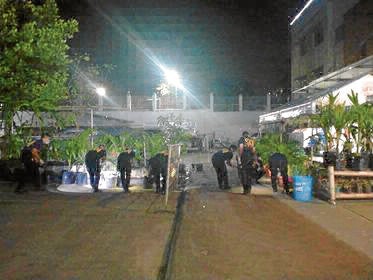 SEARCH Police investigators search for evidence at the scene where Los Baños Mayor Caesar Perez was killed on Dec. 3 inside the municipal building compound. —LAGUNA PNP PHOTOgunshots rang out.

There were security guards on night duty but they mainly manned the front public entrance of the government compound, Lapiz said. At that time, the mayor was left alone with one civilian bodyguard.

The bodyguard, unharmed, rushed the mayor to the hospital located some 2 kilometers from the town hall. Doctors tried to revive Perez for 30 minutes but failed. He was pronounced dead at 9:25 p.m.

Police Lt. Col. Chitadel Gaoiran, who spoke for the Laguna police Special Investigation Task Group, said Perez had one bullet wound in the head, two in the chest, and a graze wound on the shoulder.

“We don’t know yet which ones were the [bullet] entry or exit wounds,” she said in a phone interview on Friday.

Gaoiran said police had yet to establish if it was a sniper shot that killed Perez.

An Inquirer source, who requested anonymity, said a security camera captured a white L300 van suspiciously parked “for two hours” close to the back entrance of the government building.

“The passenger [of the van] never stepped out and it drove off immediately after the shooting,” the source added.

Gaoiran declined to comment on the vehicle but said investigators were reviewing the security footage, including those taken on Wednesday.

The Philippine flag was flown at half staff at the municipal building on Friday, while black cloth draped some of the barangay halls.

Perez’s family has remained silent over the incident. They were holding the wake at his home but there were plans to move the wake later to the town hall.

“To [whoever did this], I hope his conscience bothers him. We lost a good mayor who had far, bigger dreams for Los Baños. We trusted him,” said store owner, Melissa Santillan, 55.

Perez had repeatedly denied involvement in the drug trade, after he was named in the 2017 National Police Commission’s list of alleged narco-politicians.

In that same year, Perez’s younger brother, Ruel, was gunned down by motorcycle-riding assailants at Barangay Maahas here.

In 2018, another mayor on the government’s narcolist, Antonio Halili of Tanauan City in Batangas province, was assassinated during a flag-raising ceremony at the City Hall.

John Cerezo, the Department of the Interior and Local Government director in Laguna, said Los Baños Vice Mayor Tony Kalaw was set to take his oath as mayor.

Read Next
US restricts visas to Chinese online trolls
EDITORS' PICK
New Year, New Rediscoveries
Acer Philippines welcomes you to its first flagship store
More than 150 National Guard in Washington for Biden inauguration test positive for coronavirus
Pope Francis to miss events due to new flare up of leg pain—Vatican
PNP’s Covid-19 cases jump to 9,809; 52 new infections logged
Is your company a growth champion? Stand up and be recognized!
MOST READ
Dustin Poirier knocks out Conor McGregor at UFC 257
Ellen DeGeneres, too, is baffled by viral Filipino soda ad
WATCH: Alex Gonzaga joined by family in Amanpulo honeymoon
Why Kris Aquino sleeps with her pearls
Don't miss out on the latest news and information.