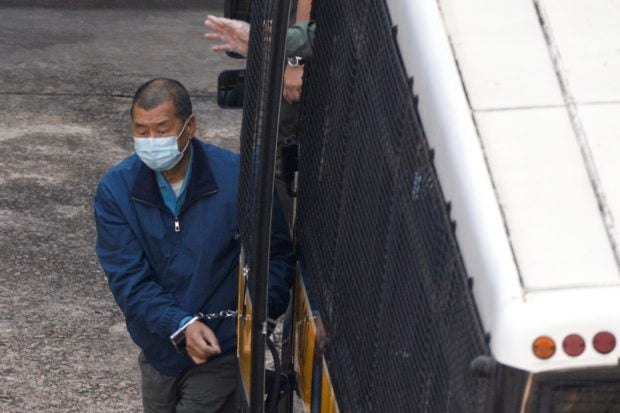 HONG KONG — Hong Kong media tycoon and pro-democracy activist Jimmy Lai was denied bail on Thursday on a charge of fraud related to the lease of a building that houses his Apple Daily, an anti-government tabloid.

Authorities have intensified a crackdown on key opposition figures in the Chinese-ruled city since Beijing circumvented the local legislature and imposed sweeping national security legislation on the global financial center on June 30.

While Lai’s fraud charge did not fall under the national security law, it marks the latest crackdown on pro-democracy figures in the former British colony, which was handed back to Beijing in 1997 with a promise to maintain the free-wheeling city’s way of life for 50 years.

On Wednesday, one of Hong Kong’s most prominent democracy activists Joshua Wong was jailed for more than 13 months for his role in an unlawful anti-government rally in 2019, the toughest and most high-profile sentencing of an opposition figure this year.

Lai, 73, and two senior executives of his company Next Digital, were charged on Wednesday on suspicion of concealing from and falsely representing the use of their office to their landlord, a public corporation set up by the Hong Kong government.

The charge stated they were not using the office space as permitted under the lease between 2016 to 2020, and had sub-let a part of the premises, resulting in benefits to Apple Daily.

Reuters was not immediately able to reach Lai or his lawyers for comment. Next Digital suspended trading on Thursday morning, pending an announcement containing “inside information.”

“This is about dirtying Jimmy up. It’s Beijing’s policing brought to Hong Kong,” Mark Simon, an associate of Lai, told Reuters.

An ardent critic of Beijing, Lai has been detained since Wednesday after reporting to the police for his arrest in August. Prosecutors applied to adjourn the case until April next year, according to local media.

In August, Lai was arrested after about 200 police officers swooped on his offices. Hong Kong police later said they had arrested nine men and one woman for suspected offences including “collusion with a foreign country/external elements to endanger national security, conspiracy to defraud” and others.

Suspicion of colluding with foreign forces carries a maximum sentence of life in jail under the new security law.

Lai has been a frequent visitor to Washington, where he has met officials, including U.S. Secretary of State Mike Pompeo, to rally support for Hong Kong democracy, prompting Beijing to label him a “traitor.”

The security law was introduced on June 30 and punishes anything China considers subversion, secession, terrorism or collusion with foreign forces with up to life in prison.