MANILA, Philippines — Interior Secretary Eduardo Año has ordered the Philippine National Police (PNP) to conduct an investigation on events attended by government officials where health protocols against the coronavirus disease were allegedly not observed.

Año said government officials who have attended such events should have had the initiative to order the stoppage of the activity if they thought that health guidelines against COVID-19 are already being violated by attendees.

“Kapag may naba-violate, anyone there in charge can say ‘let us stop this activity kasi naba-violate na natin,’ and I am sure susunod naman ‘yung mga tao. Pero kapag pinabayaan mo lang ‘yung crowd na just do their own, talo ka na doon. You as a government official meron kang responsibility dyan,” he added.

(If health protocols are being violated, anyone in charge can say “let us stop this activity because we are violating health protocols,” and I am sure the people will obey. But if you just allow the crowd to do their own, it will have adverse effects. You as a government official have a responsibility to do that.)

Año did not mention names as to which government officials are under investigation. However, presidential spokesperson Harry Roque recently came under fire after he attended an event on Bantayan Island last Friday where attendees did not observe physical distancing. 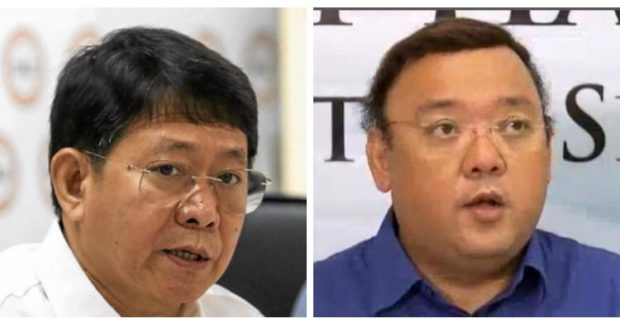 Año said he already spoke with Roque regarding the Bantayan Island incident.

(We spoke about the incident in Bantayan and he gave an explanation. It was a series of events. That one was the third and where the crowd was not controlled, but the previous events he attended adhered to health protocols.)

Año said that the PNP, an attached agency of the Department of the Interior and Local Government, will look at the accountability of the attendees but added that the investigation is aimed at preventing similar incidents from happening.

‘What are we not observing right now?’

In his remarks to the Bantayan Island crowd, Roque acknowledged that physical distancing was not observed during the event.

But he reportedly said this rule need not be followed if people wore masks and were assembled in an open-air venue.

(What should we wear? Masks. What should we do? Wash hands. And third, what we’re not observing right now, avoid [crowded places], right?)