Cop gunned down in Cebu 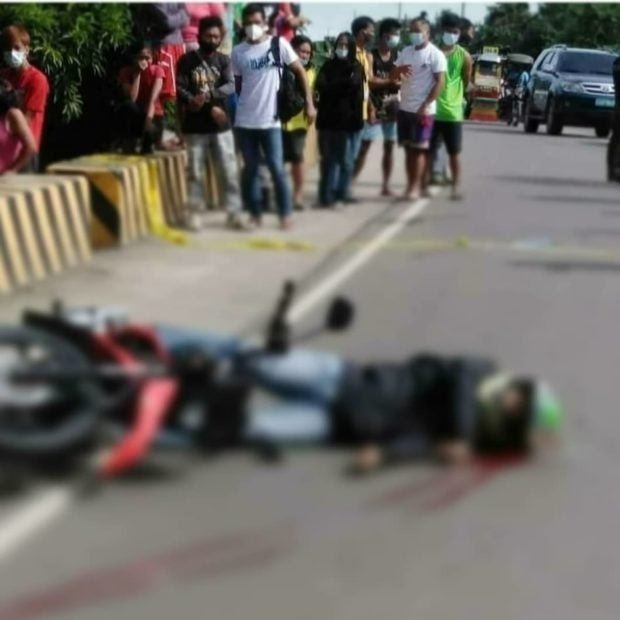 Staff Sgt. Gerfil Geolina, 44, was driving his motorcycle in Toledo City when two men on board another motorcycle drove by him and shot him. (CONTRIBUTED PHOTO)

CEBU CITY –– A policeman was gunned down by still unidentified assailants in Barangay Dumlog, Toledo City, west Cebu at past 9 a.m. on Thursday.

Staff Sgt. Gerfil Geolina, 44, was driving his motorcycle when two men on board another motorcycle drove by and shot him.

Geolina, who was assigned in Asturias town in Cebu, suffered multiple gunshot wounds on the body.

When they went out to the street, they saw the victim lying on the ground.

Investigators have yet to identify the assailants as well as the motive behind the killing.

Read Next
Establishment that hosted Boracay party ordered closed
EDITORS' PICK
PNP’s Covid-19 cases jump to 9,809; 52 new infections logged
Pope Francis to miss events due to new flare up of leg pain—Vatican
New Year, New Rediscoveries
More than 150 National Guard in Washington for Biden inauguration test positive for coronavirus
Is your company a growth champion? Stand up and be recognized!
Acer Philippines welcomes you to its first flagship store
MOST READ
Dustin Poirier knocks out Conor McGregor at UFC 257
AFP to apologize to UP alum falsely included in list of NPA members — Lorenzana
Ellen DeGeneres, too, is baffled by viral Filipino soda ad
WATCH: Alex Gonzaga joined by family in Amanpulo honeymoon
Don't miss out on the latest news and information.