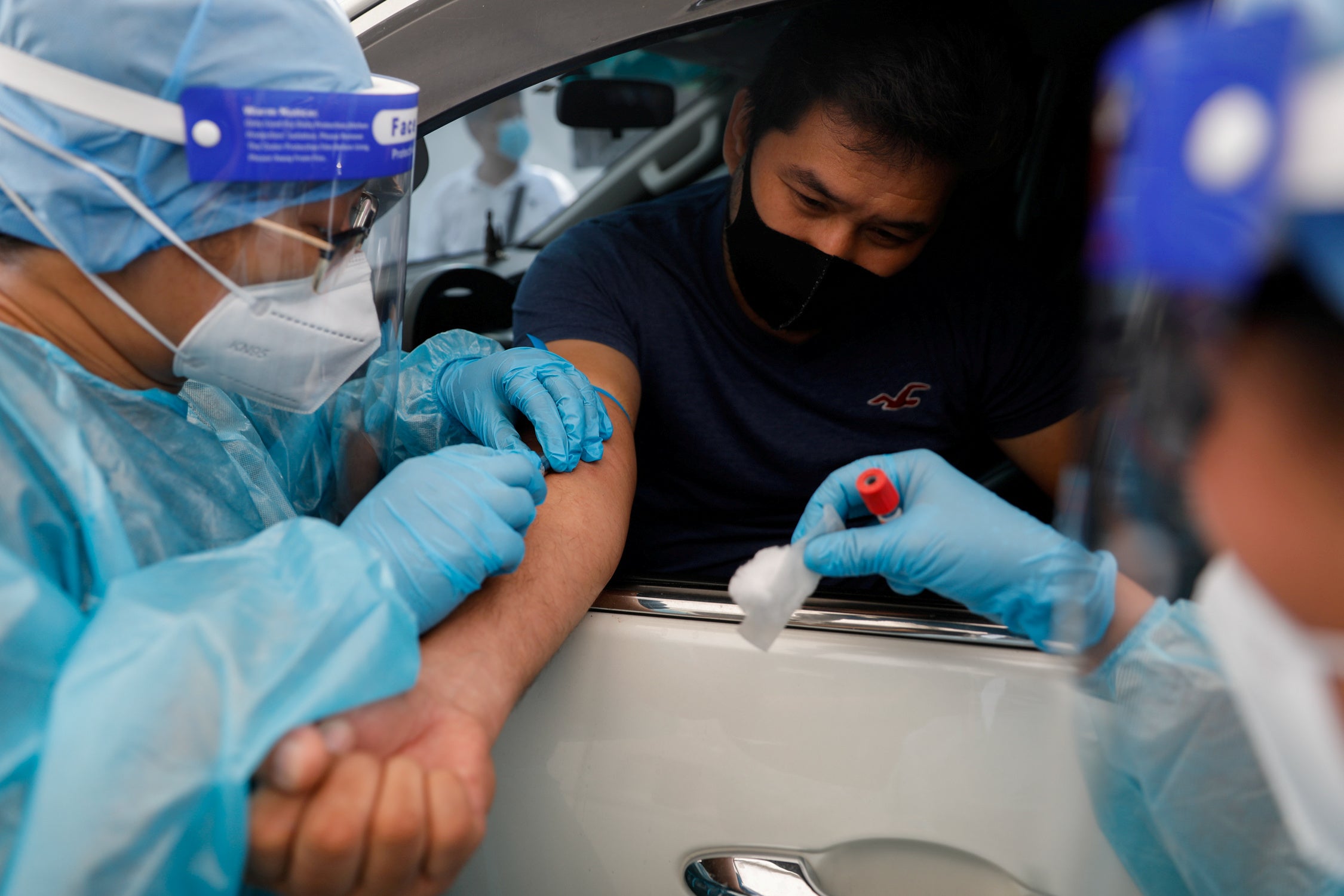 MANILA, Philippines — Senator Risa Hontiveros is seeking an inquiry on the “bottlenecks” that continue to prevent the timely release of coronavirus disease (COVID-19) hazard pay and special risk allowance for healthcare workers.

She has filed Senate Resolution No. 584 calling for the probe after medical frontliners and advocacy groups staged protests to complain that they still have to receive compensation since March.

“Halos buong taon at buong pandemya na silang nagtatrabaho nang walang hazard pay. Administrative Order No. 35 issued by Malacanang mandates that an additional P3,000 every month be distributed to health workers, but we cannot even pay them their basic benefits,” she said in a statement.

(They have been working for about one year without hazard pay.)

(We cannot just thank them for their contribution but we haven’t given them their hazard pay and special risk allowance. They have families.)

Hontiveros said that according to the Department of Health, the delays were caused by the lack of P108.7 million needed to roll out all the benefits.

However, Hontiveros said the P20.57 billion allotted for the country’s health-related COVID-19 response, which includes compensation for health workers, has since then been released.

(The funds were released in October. It’s already December. Why are there 16,764 medical frontliners that were not paid yet? Where is the bottleneck?)

“Matagal pa ang laban lalo na para sa health workers natin. We need to investigate so we can loosen the bottleneck and create policies that allow us to compensate them and their families fairly and immediately,” she added.

(The fight is still not over especially for our healthcare workers.)

Read Next
PH military won’t recommend holiday ceasefire with Reds
EDITORS' PICK
Nestlé Philippines’ ‘NESCAFÉ Plan’ bags Grand Anvil at PRSP 56th Anvil Awards
822 NPA-free barangays set to get P20-M gov’t aid — Esperon
Pope Francis to meet top cleric Sistani on second day in Iraq
Don’t waste the hope of vaccines, warns WHO
Every Filipino home can now be a smart home with realme TechLife
Smart reinforces superiority with best speed and mobile video experience in PH
MOST READ
So: I lacked connections to succeed in PH ‘culture’
Robredo on Sara Duterte leading poll surveys: Why are Filipinos drawn to leadership of this kind?
US weapons, hardware in exchange for VFA
US lays out list of aid to ‘satisfy’ Duterte following VFA payment demand
Don't miss out on the latest news and information.