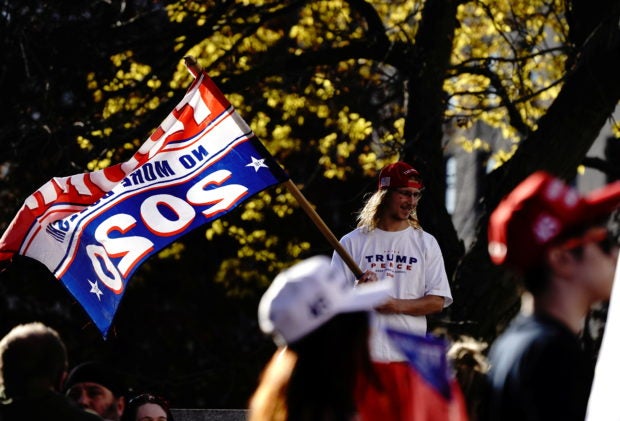 The petition alleges that election officials were directed to fill in missing information on ballot envelopes, issued absentee ballots without receiving applications and allowed people to improperly claim a “confined” absentee voting status.

The petition, filed on behalf of Trump, his campaign and U.S. Vice President Mike Pence, also takes issue with voting events in city locations outside of polling stations, according to court filings.

The Trump campaign and its supporters have filed lawsuits challenging Biden victories in Arizona, Pennsylvania, Georgia, Michigan and Nevada, so far without success.

A Republican member of Congress, Mike Kelly, and other Republican plaintiffs on Tuesday asked the U.S. Supreme Court to review a Saturday ruling by Pennsylvania’s high court dismissing their case challenging the election, and to nullify Pennsylvania’s certification of Biden’s victory in that state.

On Monday, Wisconsin certified Biden as winner of the state, further dimming the Trump campaign’s long-shot bid to overturn the results. The campaign is seeking withdrawal of that certification.

A spokesman for the Wisconsin Supreme Court confirmed it had received the filings and said there was no timeline for the court to decide whether to take up the case, which was filed directly to the state’s high court.

The petition is at least the third one filed by Trump or his supporters in the state’s supreme court since Nov. 23 challenging the election results. The court has not moved to take any of the cases.

Last month, the Trump campaign demanded recounts in two of the state’s most populous and most heavily Democratic counties. A recount in one, Milwaukee County, ended with Biden receiving a net gain of 132 votes.