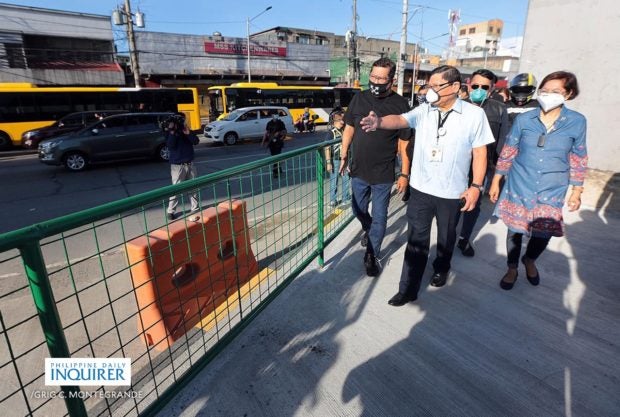 The MMDA advised motorists to take the following detour: From northbound going southbound, affected vehicles may take the Monumento Circle or those coming from Quezon City may also take Balintawak Cloverleaf.

The gradual closure of U-turn slots along EDSA started in September, after the closure of the U-turn slot near Trinoma Mall and North Avenue, and more recently, the slot in front of Quezon City Academy.

The U-turn slots will be closed in line with the Department of Transportation (DOTr’s) EDSA Busway project.

The DOTr’s project designates the innermost lane of EDSA as an exclusive lane for public utility buses traveling along the national highway, from Monumento in Caloocan to SM Mall of Asia in Pasay City.

According to MMDA Chairman Danilo Lim, the agency is in constant coordination with the DOTr, the Department of Public Works and Highways, and Land Transportation Franchising and Regulatory Board, in exploring ways to facilitate faster movement of both commuters and private motorists along EDSA.

“The government’s goal of providing safe, reliable, and efficient travel for commuters along the country’s main thoroughfare will further continue in coordination with concerned agencies,” said Lim in a statement. Zac Sarao, INQUIRER.net trainee