At Tuesday’s resumption of the Senate inquiry into red-tagging by military officials, the security sector was given time to present their “witnesses.”

National Security Adviser Hermogenes Esperon Jr. introduced the presentation of the National Intelligence Coordinating Agency, which showed testimonies from alleged former rebels, who linked the Makabayan bloc in the “operational structure” of the Communist Party of the Philippines.

As the video played, a clip of Bayan Muna Rep. Carlos Zarate was shown while a certain Priel Booc was speaking.

The said footage was watermarked with “DDS NEWSINFO,” a pro-administration channel on Youtube, and showed Zarate talking with someone who appears to be a soldier.

(I was with him in Surigao del Sur during the big anniversary celebration of the Communist Party of the Philippines. When we tried to go there, we were barred by the Armed Forces of the Philippines and he was the one who negotiated for us to enter.)

Zarate has been tagged as part of the communist movement but has since denied such allegations.

The lawmaker earlier informed the Senate panel, through a letter, that he would be skipping Tuesday’s hearing to attend to his duties as a House member.

“As it is, instead of looking at the deadly effects of red-tagging and terrorist-tagging especially on its victims, the Senate hearings are being used by the [National Task Force to End Local Communist Armed Conflict] as a platform to further vilify us with sweeping and baseless accusations, false statements and malicious innuendos,” his letter also read.

“The Senate hearing has been reduced to a venue for witch hunting. We hope that this travesty will no longer be allowed and will be stopped,” he added. 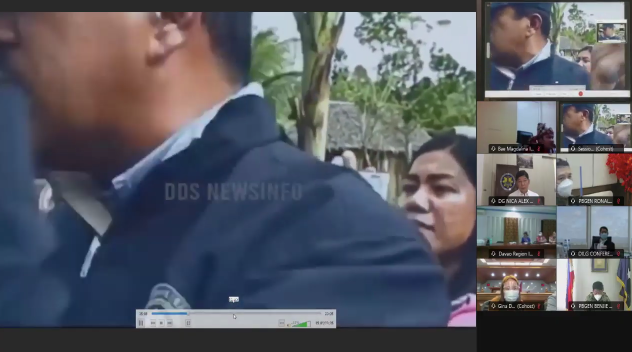 Read Next
8 vendors from QC public, private markets test positive for coronavirus
EDITORS' PICK
PNP’s Covid-19 cases jump to 9,809; 52 new infections logged
Pope Francis to miss events due to new flare up of leg pain—Vatican
New Year, New Rediscoveries
More than 150 National Guard in Washington for Biden inauguration test positive for coronavirus
Is your company a growth champion? Stand up and be recognized!
Acer Philippines welcomes you to its first flagship store
MOST READ
Dustin Poirier knocks out Conor McGregor at UFC 257
AFP to apologize to UP alum falsely included in list of NPA members — Lorenzana
Ellen DeGeneres, too, is baffled by viral Filipino soda ad
WATCH: Alex Gonzaga joined by family in Amanpulo honeymoon
Don't miss out on the latest news and information.