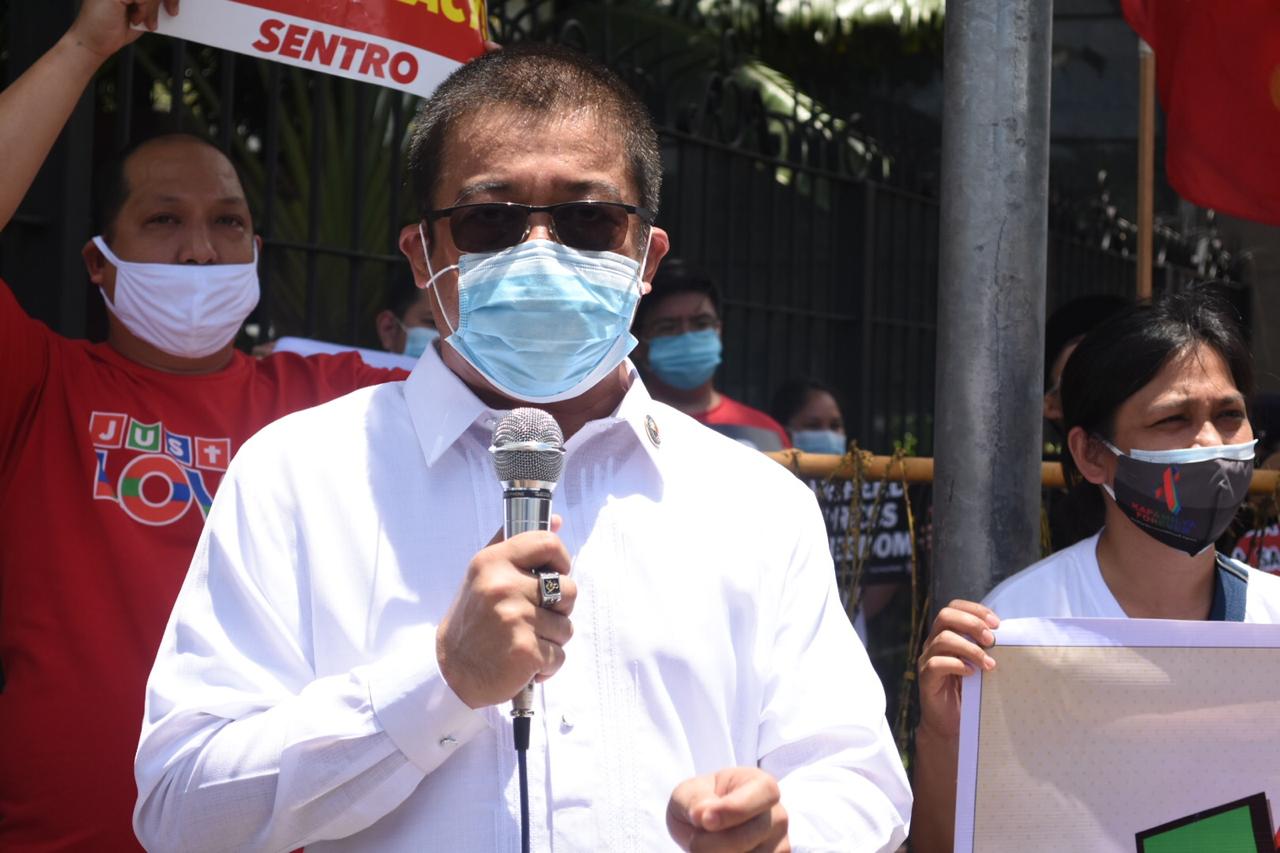 MANILA, Philippines – Contrary to the remarks made by President Rodrigo Duterte, members of the Makabayan bloc vehemently denied Tuesday their involvement in communist groups, insisting they are legitimate partylist organizations.

Bayan Muna Rep. Carlos Zarate, who was one of the main focuses of Duterte’s tirades against the Makabayan lawmakers, said that their groups are legitimate partylist groups elected and currently seated in Congress.

Zarate said that Duterte’s tirades against them are being used to cover the government’s “incompetence” amid the issues faced by the country such as the coronavirus pandemic.

(They continue to try to silence us, especially in our active role as members of the Congress.)

(We vehemently condemn it. Even in the death of the child of our colleague, the Duterte administration insists on using its propaganda to justify its reckless and sweeping red-tagging and terrorist tagging.)

ACT Teachers Partylist Rep. France Castro did not mince her words either, saying that Duterte acted like a drunk man who did not know what he was saying.

(We’re not dignifying President Duterte’s statements because it’s baseless. He’s like a drunk person who keeps on talking nonsense without basis.)

(This just proves that President Duterte is the king of red-taggers. He is empowering the military, PNP, and other sectors of the national security forces when it comes to red-tagging Makabayan Bloc.)

(We will not back down from this. We will continue to speak, reach out to our countrymen, the marginalized sectior, the workers, Lumads, and other sectors to find out their conditions.)

(Every time the government is surrounded by failures, the administration always finds other diversionary tactics to distract the Filipinos, but the people are already aware of this.)

Gaite said that the government should instead focus on the impacts of the pandemic and the recent typhoons that ravaged the country, which affected thousands of Filipinos.

Kabataan Partylist Rep. Sarah Jane Elago, for her part, expressed concerns that if a congressional representative like her can be red-tagged, the government “will not hesitate” to do the same to other Filipinos who exercise their right to speak up.

“The Duterte administration is insatiable in their scheme to silence dissent and they are relentlessly trying to pretend this youth representation, student-activist as threats or terrorists,” Elago said.

“They are trying so hard to intimidate the youth, to discredit our work and to divert attention away from legitimate issues and concerns presented by young people and students,” Elago added.