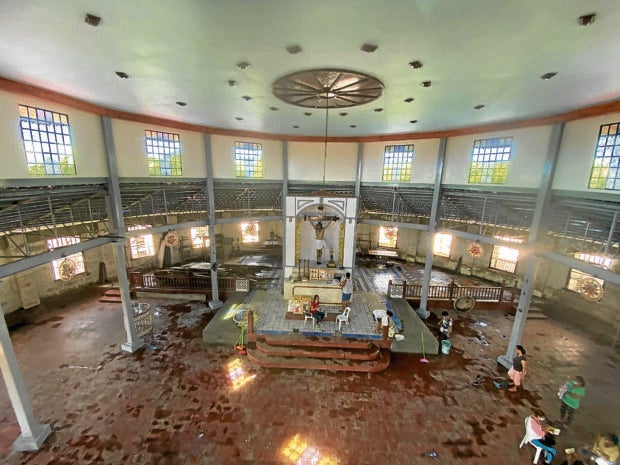 COMMUNITY REPAIR Villagers in Porac town, Pampanga province, repaired a chapel in their midst but failed to consider preserving the old features of the structure. Cultural advocates are rushing to help save it. —TONETTE OREJAS

PORAC, Pampanga, Philippines — Repair work on a 159-year-old circular chapel that was damaged by an earthquake in April 2019 had been found to be inconsistent with heritage conservation protocols, according to a cultural advocate.

The project initiated by lay leaders in Barangay Pio here had already installed steel trusses, aluminum roof, metal stairs to the belfry, and iron bar to hold an 1865 bell at the San Vicente Ferrer Chapel.

The wooden roof and trusses of what was also called Pio Chapel had been discarded while the two rows of wooden railings had almost collapsed.

These separated the altar and mausoleum of Don Felino Gil, the Spanish landlord of what was once a vast sugar estate in Porac, Pampanga province’s second-largest town.

“The repairs were not in line with protocols,” said Francis Musni, curator of the heritage museum of Don Honorio Ventura State University, which Gil and Fr. Juan Zita founded in 1861.

The one in Pio was one of the oldest and functional circular chapels in the country, according to the Heritage Conservation Society.

Musni did not condemn the villagers for missing out on conservation efforts in their initiative to repair the chapel. “They have been used to raising funds on their own and using their meager resources to keep the chapel functional for church services and related community,” he said.

Masses are held in the chapel every Saturday afternoon, while baptismal and other rites are held when requested.

Lolita Bacani, vice president of the barangay pastoral council, said the chapel-cum-­mausoleum was owned by actress Rosemarie Gil, a fourth-generation scion of the estate’s owner and school founder.

The structures, the nearby Gil ancestral house and several lots in the village are within the seven hectares that were left of the estate, Bacani said. Most of it had been reportedly sold.

Since it remained privately owned, Bacani said Pio leaders did not get guidance from the Archdiocese of San Fernando’s church heritage committee and vice versa.

“We asked [for] the permission of Rosemarie [Gil] to do the repairs. She came all the way from the United States and she met us here before the [COVID-19] pandemic was declared. She instructed us to preserve the original structure,” Bacani said, referring to the circular shape of the chapel and its dome.

“What we did was repair, not reconstruct,” she added. 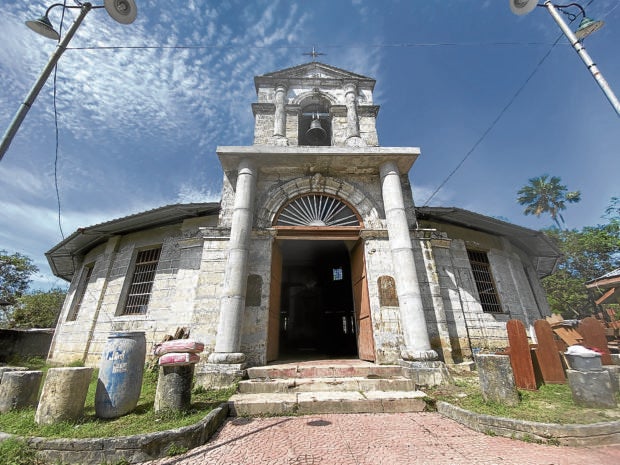 PLACE OFWORSHIP The 159yearold San Vicente Ferrer chapel at Barangay Pio in Porac, Pampanga, is one of the oldest functional circular chapels in the country. —TONETTE OREJAS

Fr. Emil Guiao, chair of the heritage committee, confirmed that the Pio chapel was not under the custody of the archdiocese. “It is a mausoleum owned by the Gil family,” he told the Inquirer.

Josefina Trajano, council president, said the repair project was the second one they undertook after the roof collapsed following the Mt. Pinatubo eruption on June 15, 1991.

For the repair, the villagers raised P1 million from a car raffle and another P1 million from solicitation and donation. Asked why the villagers repaired the chapel although it was not owned by them or the Catholic Church, Trajano said: “It’s an expression of our faith and we want the next generation to have their place of worship and prayer.”