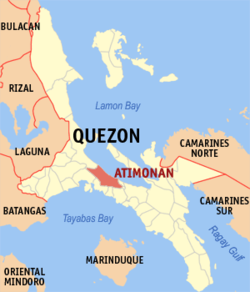 MANILA, Philippines — One died while 22 others were rescued on Monday after a passenger motor banca sank off Atimonan, Quezon.

According to an initial investigation by the Philippine Coast Guard (PCG), 17 passengers and six crew members were aboard Gesu de Bambino when it capsized around 12:30 p.m. due to “engine trouble and strong waves.”

“One of the six crew members died due to drowning. Meanwhile, all 17 passengers who were successfully rescued were immediately brought to Alabat, Quezon for further assistance,” PCG said.

According to details posted on Atimonan Feeder Port’s Facebook account, the motorized boat departed around noon and was supposed to dock at Perez, Quezon.