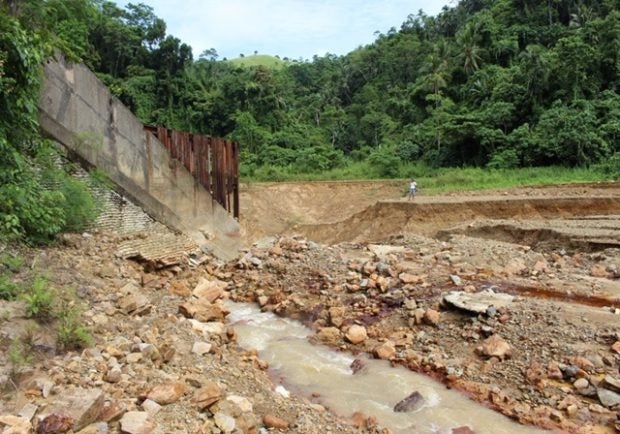 Marcopper Mining Corp. can face sanctions for keeping radioactive materials in its old mining facility in Marinduque province although its license had already expired, according to the Philippine Nuclear Research Institute (PNRI).

Marcopper was responsible for the 1996 spill of over 1.6 million cubic meters of mine tailings into the Boac River, considered the worst mining disaster in the country. It has been seeking to reopen its operation in Marinduque, and its appeal is now pending in Malacañang.

In an email to the Inquirer on Saturday, the PNRI said the company can be penalized with “regulatory sanctions should [it] fail to have [its] license renewed.”

“PNRI regulators continue to investigate the matter and are open to working with the MGB and other government agencies to resolve the same,” it said.

The PNRI, which is under the Department of Science and Technology, is the sole government agency mandated to advance and regulate safe and peaceful applications of nuclear science in the Philippines.

It also regulates the use of radioactive materials in industry, medicine, academe, research and other applications.

The presence of the radioactive materials at the Marcopper site, which has been abandoned since the 1996 spill, was disclosed by the MGB during a committee hearing by the provincial board last week.

Gov. Presbitero Velasco Jr. had ordered an inspection of Marcopper’s dams and remaining structures after a recent strong typhoon hit the island-province.

The PNRI clarified that Marcopper possessed only one unit of radium-226 and three units of cesium-137, contrary to the MGB’s earlier statement that the radioactive materials were contained in about a hundred barrels stored at the company’s Balogo seaport in Sta. Cruz town. The seaport was among the facilities of Marcopper that were shuttered after the spill.

In a phone interview and email over the weekend, MGB Regional Director Roland de Jesus said there had been some “miscommunication” between the inspecting teams and clarified that what they found in the barrels were “not radioactive, but hazardous substances” just the same.

He said these substances were being inspected for disposal.

The PNRI said the lone radium-226 and one cesium-137, a solid material, are contained in what is called a “check source,” a round object of about “2.5 centimeters in diameter [and] barely larger than a P5 coin.”

Two other units of the cesium-137, also a very tiny and solid radioactive material, are encased in a cylindrical metal, typically half a meter long, and used as part of the equipment called an industrial density gauge.

These were used to control the flow of mine tailings or pipeline slurries during a mining operation, and emit “low levels of radiation,” the PNRI said.

“Based on the first quarter of 2020 report received by PNRI on Sept. 24 from the [MGB] Mimaropa, these sources were last seen stored securely in a vault, compliant to the license conditions,” it said. INQ