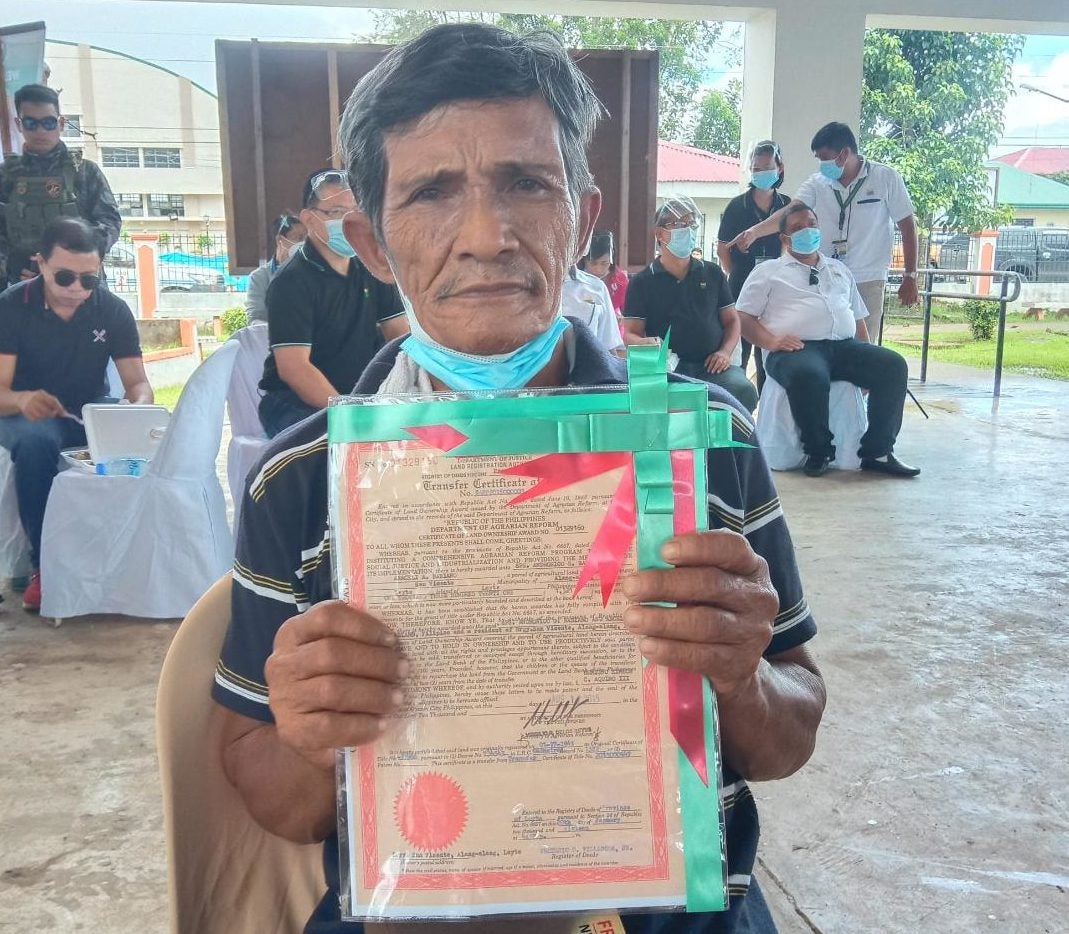 ALANGALANG, Leyte – At least 1,031 farmers from the different towns in Leyte province received their certificates of land ownership award (Cloas) from the Department of Agrarian Reform (DAR) in a ceremony held in this town on Thursday.

Among the recipients was Andronico Babiano, 68, of Barangay San Vicente who said he had been waiting for the government to grant him a Cloa so he can claim that the lot he is tilling is under his name.

“I’ve been farming in a lot owned by somebody else for more than 50 years now and could not really enjoy all the palay that I harvest because a part of it goes to the owner of the lot,” he said.

Babiano said during harvest, he has to give two sacks of palay to the owners with the remaining eight sacks he sold to buy foods and other needs of his family.

The farmer, who is a beneficiary of the agrarian reform program of the government, received a 1.6 hectare of farm lot.

The DAR secretary said the giving of Cloas to the farmers was an indication that the government under President Rodrigo Duterte “cares and loves” them.

He disclosed that even during this time of pandemic, DAR continues to work and look after the actual conditions of the farmers.

“Farmers are the real heroes of the country. Without farmers, there’s no food on the table. And during this time of pandemic, our farmers should be given support and motivation,” he said.

Since the start of the Duterte administration, 103,450 farmers have received their Cloas covering 124,648 hectares of farm lots.

Before the current administration ends its term in 2022, more farmers are expected to receive their land titles as there are still around 700,000 hectares of land available for distribution under the agrarian reform program.

Castriciones disclosed that his office would be enacting an administrative order next week granting farm lots to graduates of agriculture-related courses as well as uniformed personnel, both active and retired.

Even former rebels would also be given their own farm lots of three hectares.

Castriciones said this would encourage more people to go into farming as he noted that even children of farmers are no longer interested in farming.