After weeks of negotiations, about 30 companies and business groups banding together to help in the country’s COVID-19 response were able to secure 2.6 million doses of a promising vaccine from British-Swedish drug manufacturer AstraZeneca, managing to land a deal ahead of the government as the private sector grows “desperate to open the economy safely’’ amid the pandemic.

The government’s medical experts, however, are seeking more details about the vaccine amid doubts about the data coming from the multinational company that worked in tandem with Oxford University.

Around 1.5 million people, or about 1 percent of the country’s 108-million population, are expected to benefit from the tripartite agreement signed on Friday by Presidential Adviser for Entrepreneurship Joey Concepcion, AstraZeneca executive Lotis Ramin, and National Task Force Against COVID-19 Chief Implementer Carlito Galvez Jr.

AstraZeneca has a zero-profit program in 2021, which means the vaccines are priced as low as possible. The vaccine is expected to cost around P500 ($10) for two doses, Concepcion’s office said in a statement.

Their cost to be shouldered by the private sector, the vaccine donations will be divided in half—between government front-liners screened by the Department of Health (DOH), and employees in private companies, including contractual workers.

“I am amazed at how many industries came together to make this happen. It started with an initiative email from BDO (Banco de Oro) that led us to conversations with them as well as Mr. Joey Concepcion,” said Ramin, country president of AstraZeneca Pharmaceuticals Philippines Inc.

“[Having] 2.5 million doses is a great start but definitely not enough. This is how desperate the private sector is in trying to really open the economy safely,” Concepcion said at the press briefing following the signing.

When asked how they decided to cap the volume at 2.6 million doses, Concepcion said “There is no real cap. It was a matter of how much we can generate. In four weeks, we raised P600 million. I didn’t expect to get that amount. It can go even more but their (AstraZeneca’s) deadline is Nov. 30.”

Concepcion said a number of companies that had started to purchase the vaccines were from the food and retail sector, “where the exposure [to the virus] is the most.” 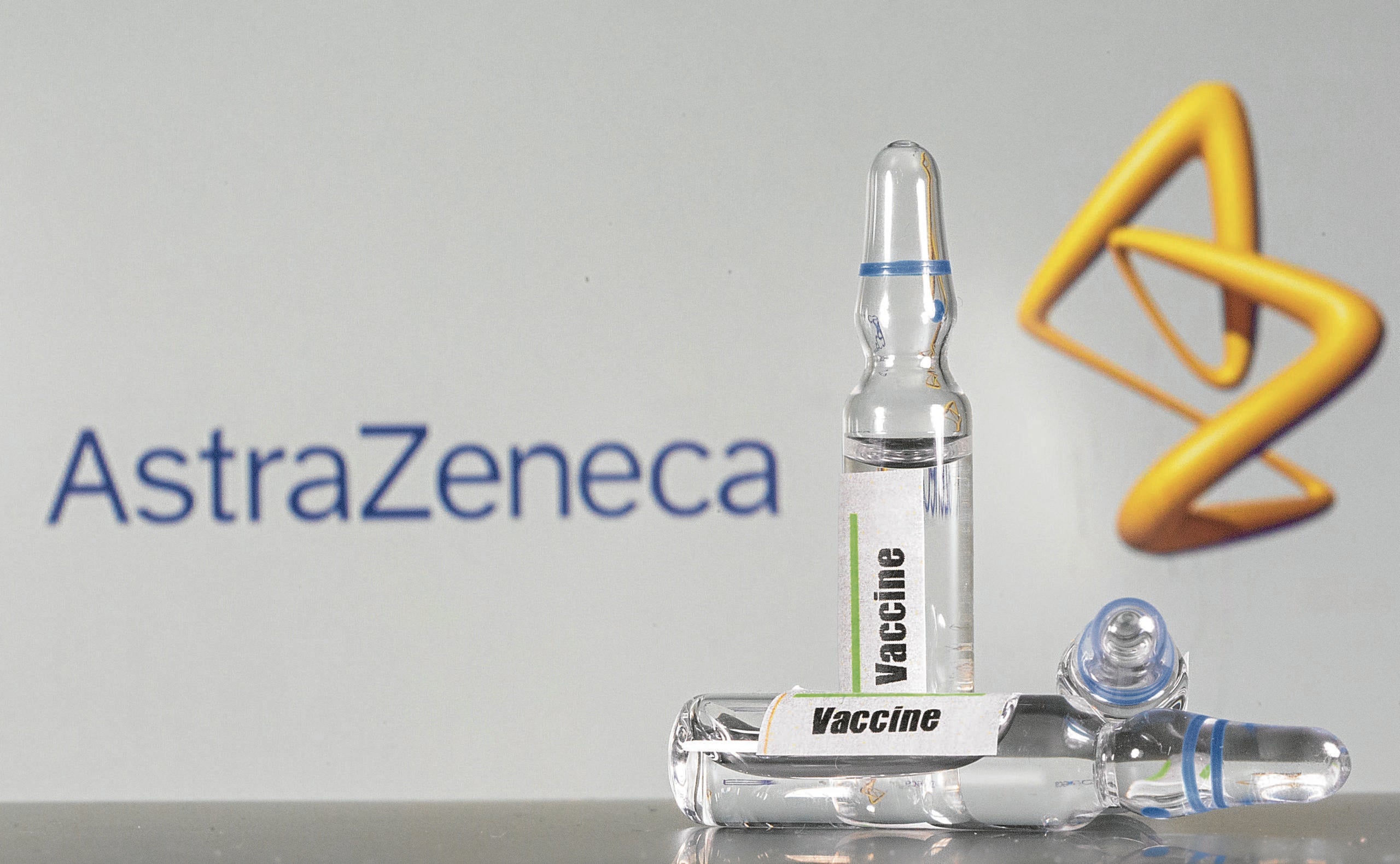 PENDING APPROVAL With the private sector initiative to secure vaccine doses from AstraZeneca, Chief Implementer Carlito Galvez Jr. of the National Task Force against COVID-19 has expressed “confidence” in the vaccine under development. —REUTERS

“For the owners of these companies, if they can show they have vaccinated maybe not all but majority of their workers, then more people will shop in these stores rather than those in areas that are not being vaccinated,” he said.

“The way forward, the way I look at it, is in a shopping mall. If all the retailers and the front-liners will be vaccinated, the level of safety will go higher,” he added.

Galvez said 50 percent of the guaranteed doses for the private sector would go to “poor laborers,” such as fast-food employees, security guards and drivers.

“This is because while we want to contain the pandemic, we also need to protect our economy. Vaccinating these workers will hopefully assure consumers that workers in malls are secured and not infected,” said the official also serving as the country’s “vaccine czar.’’

Galvez also acknowledged that it was easier for the private sector to have access to the vaccines since “private processes [are] much easier while the government processes [are] very stringent, because we have a lot of regulatory requirements. Particularly, we have some challenges [in] our procurement program in the Philippines.”

“We have the confidence in the vaccine being developed by AstraZeneca. Over the years it made a reputation for producing high-quality drugs and vaccines, which are being used around the world,” he added.

Apart from entering into the tripartite agreement, the company is currently seeking government approval to hold large-scale phase 3 trials in the country.

Dr. Jaime Montoya, executive director of the Philippine Council for Health Research and Development, said the Philippines is the only Southeast Asian nation where the company will test its candidate vaccine.

He added that the government’s Vaccine Expert Panel, which he heads, had just started reviewing AstraZeneca’s application.

Just days after Oxford-AstraZeneca announced that its candidate vaccine was, on average, 70-percent effective against COVID-19, questions arose over how it presented its data. This was after the company disclosed an error in one of its dosing regimens under study.

That low-dose trial, which had an efficacy of 90 percent, also did not include any participant over the age of 55—the grouping considered most at risk from COVID-19.

But Montoya said the concerns about AstraZeneca’s data are “just a question of numbers and the basis for such numbers.”

Health Undersecretary Maria Rosario Vergeire agreed, saying the findings were just a “matter of the numbers and inclusion of other sectors of the population.”

AstraZeneca has the “responsibility to provide adequate information as to these allegations regarding their study,” Vergeire added.

Another 370 patients have recovered, bringing the total number of COVID-19 survivors in the country to 387,616.

The death toll, however, rose to 8,255 as 46 patients succumbed to the severe respiratory disease.

The recoveries and deaths left the country with 30,047 active cases, of which 84.3 are mild, 8.3 percent asymptomatic, 0.26 percent moderate, 2.5 percent severe and 4.7 percent critical. —WITH REPORTS FROM PATRICIA DENISE M. CHIU AND LEILA B. SALAVERRIA