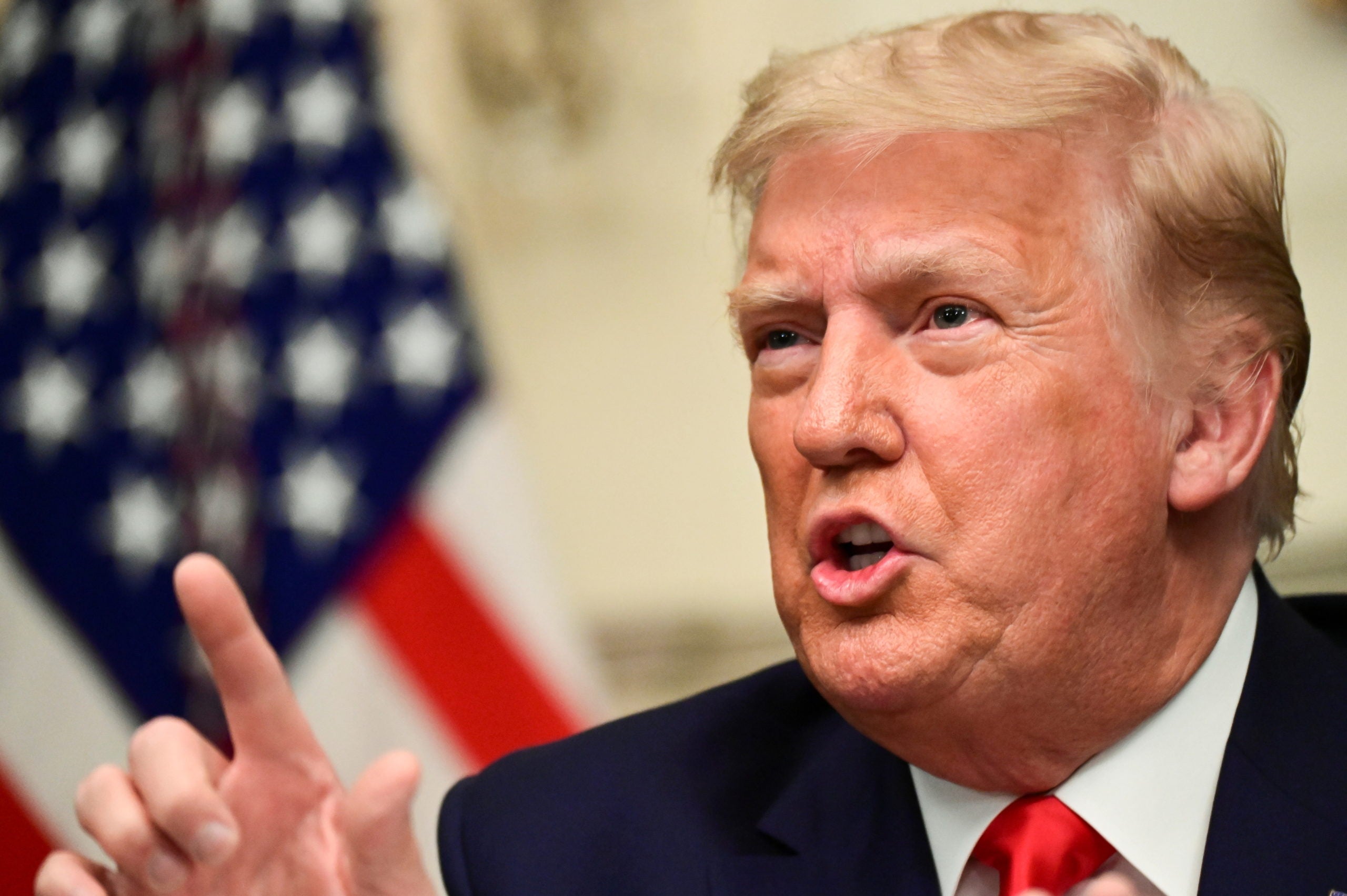 U.S. President Donald Trump speaks to reporters after he participated in a Thanksgiving video teleconference with members of the military forces at the White House in Washington, U.S., November 26, 2020. (Reuters)

REHOBOTH BEACH, Delaware/WASHINGTON — U.S. President Donald Trump said on Thursday he will leave the White House if the Electoral College votes for President-elect Joe Biden, the closest he has come to conceding the Nov. 3 election, even as he reiterated his unfounded claims of massive voter fraud.

Speaking to reporters on the Thanksgiving holiday, Republican Trump said if Democrat Biden — who is due to be sworn in on Jan. 20 — is certified the election winner by the Electoral College, he will depart the White House.

But Trump said it would be hard for him to concede under the current circumstances and declined to say whether he would attend Biden’s inauguration. The electors are scheduled to meet on Dec. 14.

“This election was a fraud,” Trump insisted, while offering no concrete evidence of such voting irregularities.

Biden and Trump both stayed close to home to celebrate Thanksgiving on Thursday as the coronavirus pandemic raged across the country.

Biden spent the holiday in the small seaside town of Rehoboth, Delaware, where he and his wife Jill have a vacation home. The Bidens are hosting daughter Ashley Biden and her husband Dr. Howard Krein for the holiday meal.

The former vice president, appearing with his wife in a video message posted to his Twitter account on Thanksgiving, said his family typically holds a large gathering on the island of Nantucket off Massachusetts, but would remain in Delaware this year “with just a small group around our dinner table” because of the pandemic.

In the presidential-style address to a nation that has lost more than 260,000 lives to the coronavirus, the Democratic president-elect said Americans were making a “shared sacrifice for the whole country” and a “statement of common purpose” by staying at home with their immediate families.

“I know this isn’t the way many of us hoped we’d spend our holiday. We know that a small act of staying home is a gift to our fellow Americans,” said Biden. “I know better days are coming.”

Trump often likes to celebrate holidays at his Mar-a-Largo resort in Florida. But on Thursday he remained in the Washington area, spending part of the morning at his Trump National Golf Club in Virginia where he played a round of golf.

It was a far cry from last year when he made a surprise visit  to Afghanistan, where he served turkey to U.S. troops before sitting down to eat Thanksgiving dinner with them.

This time, Trump spoke by video link from the White House to members of the military.

Read Next
Rain showers in Metro Manila, other parts of Luzon due to LPA — Pagasa
EDITORS' PICK
PNP’s Covid-19 cases jump to 9,809; 52 new infections logged
Pope Francis to miss events due to new flare up of leg pain—Vatican
New Year, New Rediscoveries
More than 150 National Guard in Washington for Biden inauguration test positive for coronavirus
Is your company a growth champion? Stand up and be recognized!
Acer Philippines welcomes you to its first flagship store
MOST READ
AFP to apologize to UP alum falsely included in list of NPA members — Lorenzana
Former US envoy to PH Sung Kim appointed to State Department
Tennis: Alex Eala claims first pro title
Ellen DeGeneres, too, is baffled by viral Filipino soda ad
Don't miss out on the latest news and information.