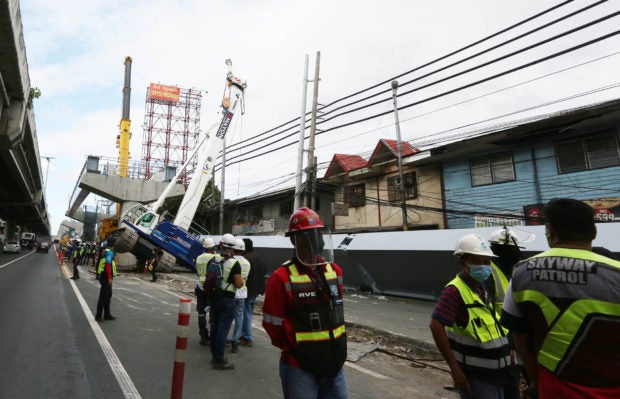 File photo shows the tilted crane along the East Service road in Cupang, Muntinlupa City, which hit a steel girder that collapsed on motorists last week.  One motorist was killed while several others were injured. INQUIRER file photo / MARIANNE BERMUDEZ

MANILA, Philippines — Labor Secretary Silvestre Bello III on Thursday said he is inclined to lift the work stoppage order on a portion of the Skyway extension project following an accident that left one dead and six others injured last week.

(Our regional director has recommended lifting the work stoppage order even in the area where the accident took place.)

“And I’m inclined to follow the recommendation of our regional director,” he added. 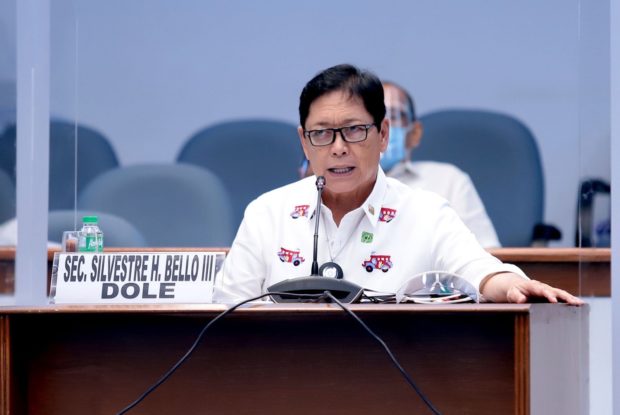 He also noted that the Skyway extension project is one of the key projects under the Duterte administration’s “Build, Build, Build” program scheduled for completion by the end of this year.

Department of Labor and Employment – National Capital Region (DOLE-NCR) Director Sarah Mirasol earlier ordered EEI Corp., the contractor of the Skyway extension project, to suspend work in the Muntinlupa portion of the project where the accident happened.

It was later reported that Bello ordered EEI to stop all construction activities in the entire Skyway extension project, but the DOLE chief said he was not aware of any stoppage order.

DOLE previously flagged the project owner and contractors of the project for failing to identify hazards which led to the collapse of a steel girder at the Skyway project site.

San Miguel Corp., the project proponent, has since apologized to victims and families of the accident and vowed to extend all necessary forms of assistance.