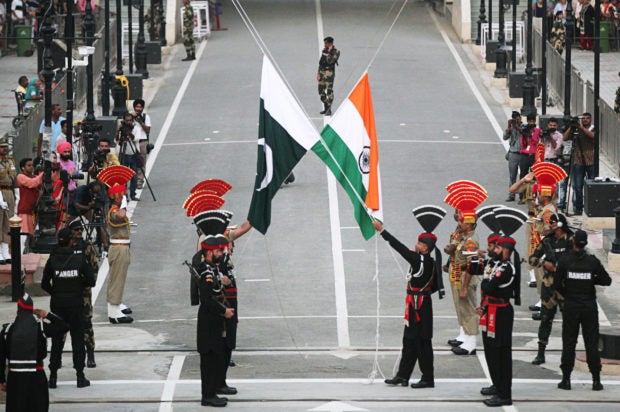 NEW YORK — Pakistan gave U.N. Secretary-General Antonio Guterres a dossier on Tuesday accusing India of stoking terrorism in Pakistan, a day after India provided a dossier to some U.N. Security Council members accusing militants from Pakistan of attempting an attack in the disputed Indian territory Kashmir.

The tit-for-tat moves come ahead of India joining the 15-member council for a two-year term starting Jan. 1, 2021.

He said Pakistan called on Guterres and the international community “to take note of Indian terrorism and subversion against Pakistan and to prevail on India to desist from these illegal and aggressive activities.”

A spokesperson for India’s mission to the United Nations in New York denied the charges.

“Pakistan can cry hoarse from the rooftops. But they cannot change the fact that they are the epicenter of terrorism,” the spokesperson said. “Their lies have no takers.”

India said on Monday that four militants, belonging to the Pakistan-based Jaish-e-Mohammad, made their way into Indian Kashmir through a tunnel last week and opened fire when their truck was stopped for a routine inspection.

Pakistan has rejected allegations of any involvement in the alleged attack and said they were aimed at diverting attention from India’s repression of the people of Kashmir.

The U.N. Security Council blacklisted the head of the Pakistan-based militant group Jaish-e-Mohammed in May last year after China dropped its objection to the move, ending a decade-long diplomatic impasse.