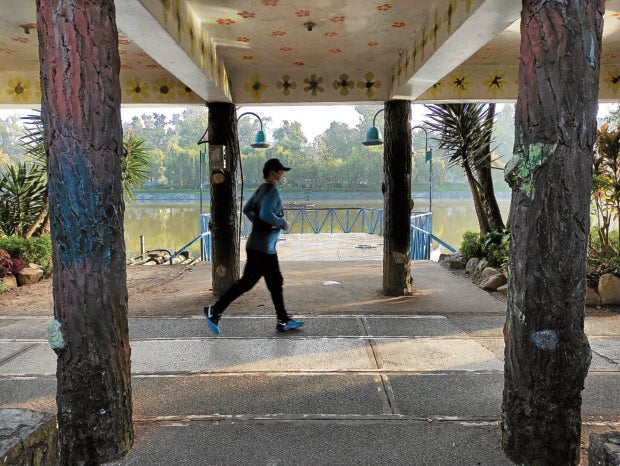 LAKE JOG The area around Burnham Lake in Baguio City is a popular jogging path for residents and tourists. These days, Burnham Park has become less crowded and quiet because travel restriction due to the pandemic has prevented visitors from taking a breather in the summer capital. —NEIL CLARK ONGCHANGCO/CONTRIBUTOR

BAGUIO CITY—The city’s hotel industry is expecting a low turnout of tourists next month—the start of the peak season—following cancellations of reservations due to reports about continuing local transmission of the coronavirus.

Since Oct. 22, Baguio has opened its borders to Luzon tourists and has approved about 4,000 leisure travel requests to make up for the P1.6 billion in losses that the hotel industry has so far suffered after the lockdown.The number of returning tourists has been far lower than the prepandemic average of 120,000 a month, according to the city tourism office.

While the scope of canceled reservations has yet to be determined, the reports have already alarmed members of the Hotel and Restaurant Association of Baguio (HRAB).

Tourism Secretary Bernadette Romulo-Puyat was told about this development while visiting the city.

Hotels have been busy preparing for the holidays in December, “even though the industry has prepared itself for a low turnout because of lingering fear of the coronavirus,” said Andrew Pinero of Baguio Country Club (BCC).

He confirmed that hotels and inns had been reeling from cancellations since last week.

The reason clients gave for scrapping their trips was the media accounts last week about the latest report that placed Baguio and Davao cities among the high-risk areas due to COVID-19, Pinero said. 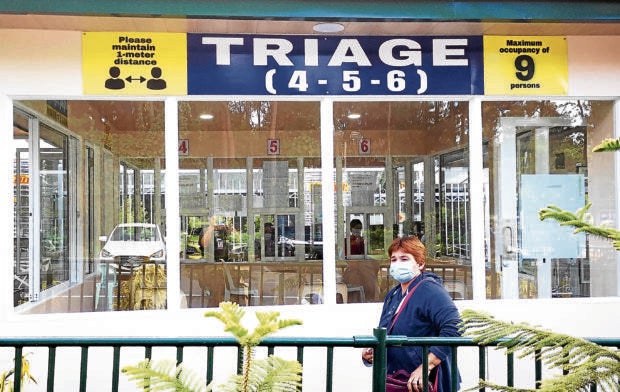 HEALTH STATION In Baguio City, travelers, including tourists and residents, are directed to a triage facility at Baguio Convention Center for health screening as part of the city’s measures to contain the spread of COVID-19. —EV ESPIRITU

The report, which also described Baguio and Davao as “hot spots of serious concern,” was made by an independent research team composed of teachers and alumni from the University of the Philippines and experts from the University of Santo Tomas and US-based Providence College.Included in the list of high-risk areas were neighboring towns La Trinidad and Itogon in Benguet province.

Mayor Benjamin Magalong has imposed travel restrictions on residents of La Trinidad and three other towns on Nov. 26 until Dec. 4, while Baguio and Benguet coordinate an improved test and contact tracing to keep infections contained.

But Baguio’s border restrictions have not been cited by tourists for canceling their reservations, according to Pinero, who is also the HRAB spokesperson.Since Nov. 22, hospitals in the city have been treating 241 cases. Baguio has reported 2,896 cases since the pandemic in March.

Since the number of approved tourists was small, the cancellations were relatively few, but the trend was “upsetting” considering that only an average of nine of 166 rooms at BCC were filled in a week, Pinero said.

The biggest number of guests at BCC came from the group of Miss Universe Philippines candidates and crew when the pageant was held here last month.