Red-tagging probe turning into he said, she said affair 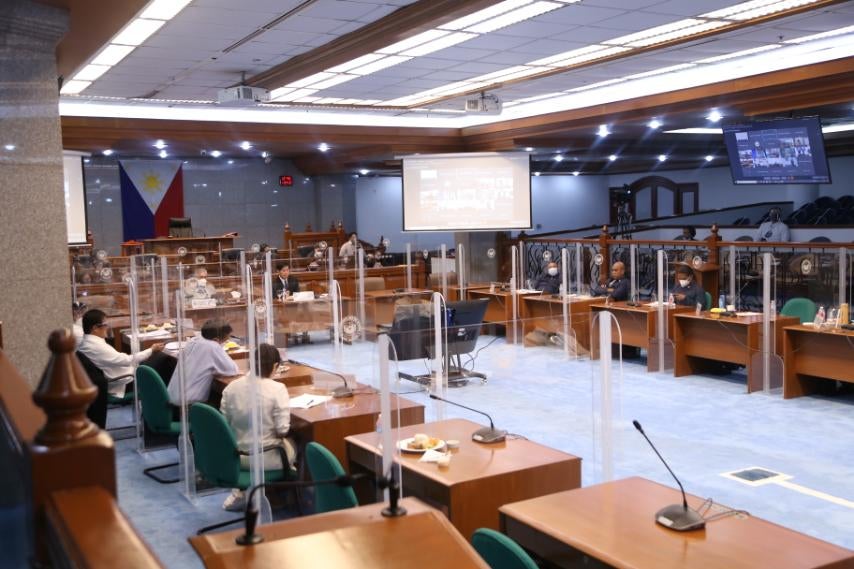 MANILA, Philippines—An investigation into red-tagging is turning into a he said, she said affair after a top security official of the Duterte administration insisted he knew that communist guerrillas were maintaining legal fronts while those he had painted as communist leaders maintained that their activism has no link whatsoever with the communist rebellion in the countryside.

Speaking to reporters after attending a Senate hearing on red-tagging operations allegedly by the military, National Security Adviser Hermogenes Esperon Jr. on Tuesday (Nov. 24) insisted that the National Democratic Front of the Philippines (NDFP), the Communist Party of the Philippines (CPP) and its armed wing, New People’s Army (NPA), was maintaining what he described as legal fronts.

“I must say that the greatest trick of the CPP-NPA-NDF is to convince us that it does not exist,” said Esperon, armed forces chief of former President Gloria Macapagal Arroyo. “But we know they do this through the use of underground movements or underground mass organizations that control the open or front organizations,” said Esperon in a talk with reporters after attending the Senate hearing.

Zarate sought to rebut claims that Bayan Muna was a front of the CPP.

He said the group is a “legitimate party that believes in parliamentary struggle to push for reforms and changes in society.”

Casiño said he does not consider NPA an enemy even if the guerrillas seemed to be committing an “illegal act.”

Zarate said it would be difficult to condemn people who took up arms in search for justice “because I believe that there’s a social reason for that.”

“Outrightly condemning them is akin to denying the existence of the roots of the armed conflict in our country,” Zarate said. “Condemning them would only shut the doors for political settlement,” he said.

But Esperon said the CPP-NPA-NDF “has succeeded in no small amount in concealing its conspiracy and have its cadres or personalities supporting, masquerading as patriots or freedom fighters or human rights advocates.”