newsinfo / Headlines
Headlines
RECLAMATION BELIEVED TO HAVE CONTRIBUTED TO FLOODING 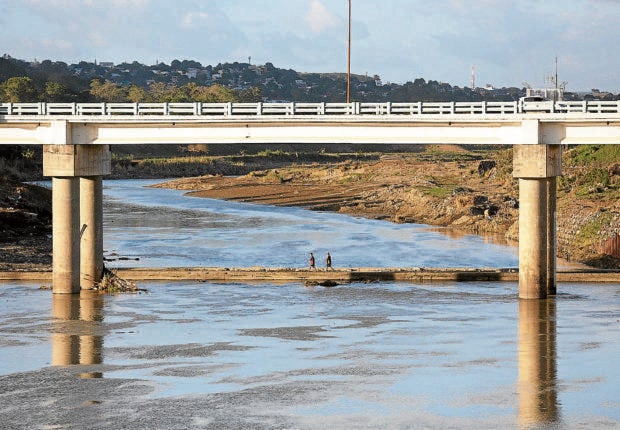 AFTER THE STORM The Marikina River appears serene under the Tumana Bridge. —RICHARD A. REYES

The Department of Environment and Natural Resources (DENR) on Monday said it had not issued an environmental compliance certificate (ECC) for the reclamation project along Marikina River, which is believed to have contributed to the massive flooding in Marikina City at the height of Typhoon “Ulysses” (international name: Vamco) two weeks ago.

“Per records of the Environmental Management Bureau of [DENR] National Capital Region (NCR), no issuance has been made,” Jacqueline Caancan, regional director of DENR-NCR, said in a text message to the Inquirer on Monday.

The Inquirer reached out to several DENR officials for the agency’s plans of action on the project, but none had responded as of press time.

An ECC is a document issued by the DENR, particularly its Environmental Management Bureau, which certifies that the proposed project will not cause significant negative impact on the environment.

It also shows that the project proponent had complied with all the requirements under the Environmental Impact Statement system and that it is committed to implement its approved environmental management plan.

Environment Secretary Roy Cimatu on Sunday said the DENR would look into the complaint to be filed by the Marikina City government against the embankment project near Marikina River that reportedly narrowed the river and decreased its water-carrying capacity.

Marikina Mayor Marcelino Teodoro linked the project to BF Corp., which is owned by Marikina Rep. Bayani Fernando, a former mayor of the city.

Teodoro said that after consulting with the DENR, the installation of the embankment was not granted an ECC because of lack of requirements.

The river easement project has reportedly narrowed the river by as much as 30 meters from its original width of 100 meters.

Cimatu said the DENR would evaluate the changes in the river’s width based on existing maps and had recommended the widening of the river to increase its carrying capacity. INQ

Read Next
PhilHealth exec faces complaint over lap dance
EDITORS' PICK
OVP: Pilot’s claim vs Robredo ‘never happened’, a ‘malicious fabrication’
Honolulu Café is the cure for your Egg Tarts and Roastings cravings
Petition to reverse Comelec decision on Bongbong Marcos’ DQ case reaches SC
PH detects local transmission of Omicron subvariant BA.2.12.1
House energy committee chair Arroyo bats for cheap electricity
Luxe property: A way to build, preserve wealth
MOST READ
Congress canvassing of votes for president, VP to begin May 24
Heart Evangelista gets a ‘no’ from Chiz Escudero after asking, ‘Do I deserve a bag?’
Man posing as Marcos spox revealed to be an inmate in Bilibid — Guevarra
Closure order vs Megaworld Corp halted as firm vows cooperation with BIR – exec
Don't miss out on the latest news and information.