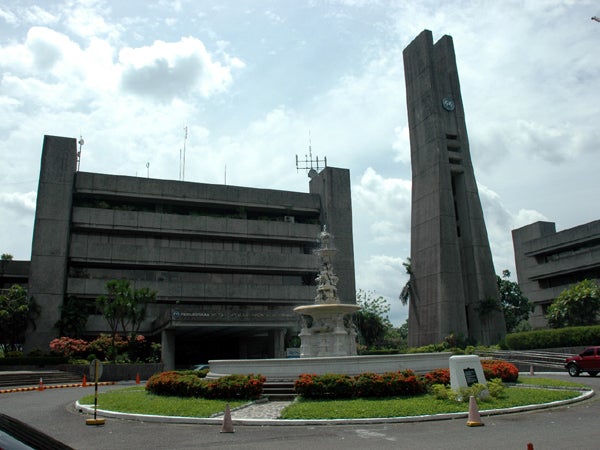 In a statement, the MWSS Regulatory Office (MWSS-RO) explained that it has already served at least two Notice to Explain (NTE) documents to Maynilad, after they failed to warn consumers about the possible water interruptions due to Ulysses.

MWSS-RO relayed that the water interruptions were caused by reduced production at Maynilad’s La Mesa water treatment plant, as the water coming from dams affected by Ulysses like Ipo Dam increased turbidity levels, or a high particulate level that makes the water murky.

Maynilad services the concession area in the west zone, while the other concessionaire Manila Water provides water to the east zone.

“On 16 November, the MWSS [RO] served a Notice to Explain (NTE) to Maynilad for its failure to inform customers of the need to store water and prepare for possible water service interruptions prior to the onset of the typhoon,” MWSS-RO said.

“This was in consideration of the expected increase in raw water turbidity levels and the subsequent decrease in water production in the treatment plants during a heavy downpour  In the said NTE, the agency also directed the Concessionaire to ensure that affected customers do not experience low pressure to no water for more than 24 hours,” it added.

Another NTE was served, this time due to complaints of Maynilad customers about the poor appearance and quality of water.

“On 20 November, the MWSS RO issued another NTE to Maynilad over the surge of customer complaints received and monitored by the agency through various communication channels, including social media,” MWSS-RO noted.

“These complaints reported the poor aesthetic quality of water coming out of customers’ taps and the concessionaire’s non-adherence to its announced water service interruption schedules,” it said.

Typhoon Ulysses devastated the country from the night of November 11 until the afternoon of November 12, leaving behind a trail of destruction.  And while it moved over Quezon province and later on Central Luzon, its eyewall hit Metro Manila, sending heavy rains and strong winds.

Ulysses is also believed to have triggered flooding, as land and tributaries especially in eastern Metro Manila and Rizal provinces have sustained rains prior, because of successive cyclones.  This in turn brought floods and water from sedimentation — making waters appear brown and murky.

MWSS-RO said that Maynilad is expected to provide an answer within the week — aside from possible suggestions to avoid such incidents in the future.

“Maynilad is expected to submit an official explanation within this week regarding the aforementioned issues, which were observed by the MWSS RO as indication of the Concessionaire’s failure to be efficient and prudent,” MWSS-RO said.

“The concessionaire is also expected to propose solutions that should prevent the recurrence of these issues with future typhoons,” it added.