MANILA, Philippines — At least one person was killed while were four others were injured after a steel girder from a portion of the ongoing Skyway project fell on vehicles passing on the East Service Road in Muntinlupa City on Saturday morning.

In a statement, Skyway contractor EEI Corporation said the accident happened along the East Service Road in Barangay Cupang, Muntinlupa City at 8:50 a.m.

“At 8:50 this morning, a crane that was being positioned for its next task tilted and fell on the girder spanning the two posts of the north-bound Skyway extension project,” EEI said.

“The girder fell on vehicles below, killing at least one and injuring at least persons who were rushed by ambulances from the Skyway O&M Corp. and EEI to various hospitals,” EEI added. 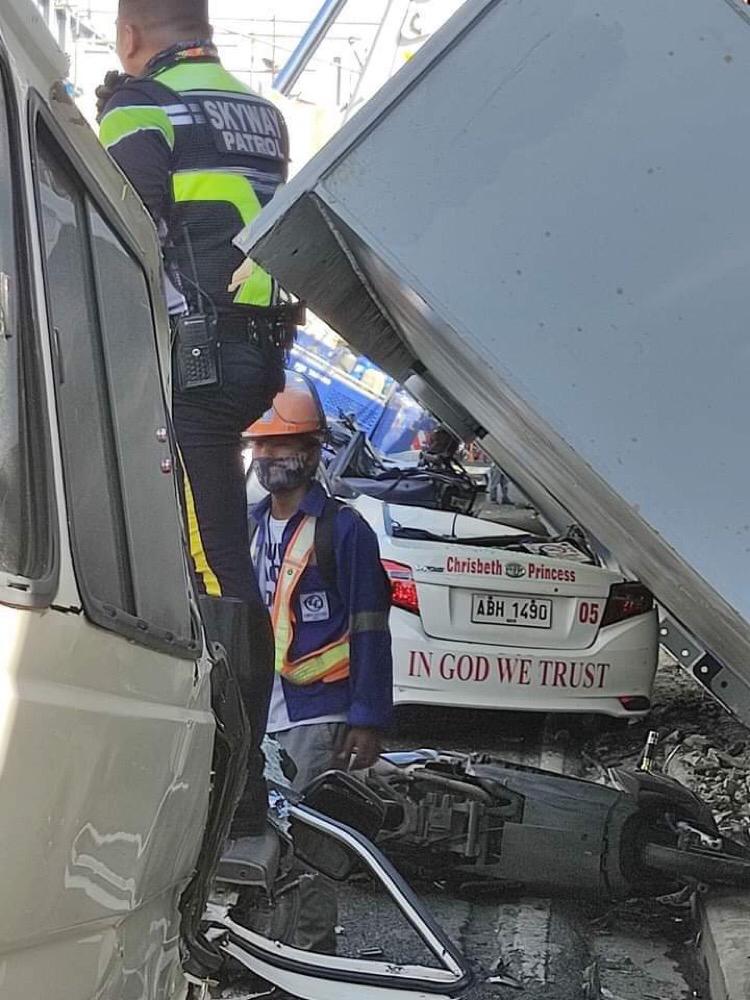 The contractor also said that it was monitoring the progress of those injured, as it was trying to get in touch with their next of kin “for proper coordination and to extend any assistance they may need.”

Among those affected were three cars and two motorcycles.

Those injured were brought to the Asian Hospital and Medical Center for treatment.