Ulysses death toll in Bulacan: 3, including 1 bitten by snake 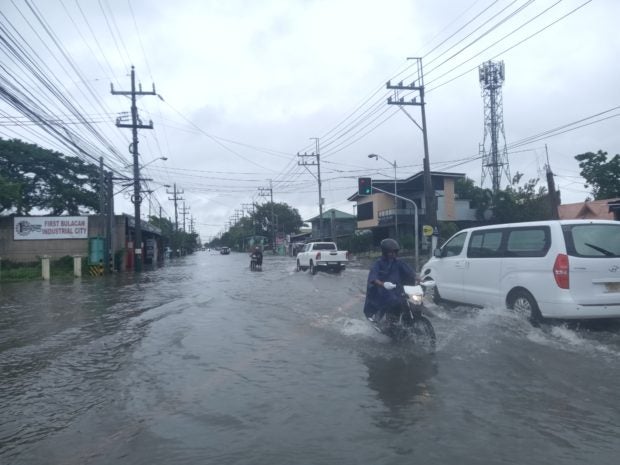 Major roads in Bulacan were inundated as widespread flooding hit the province at the height of Typhoon Ulysses. CARMELA REYES-ESTROPE

CITY OF MALOLOS—At least five people have died at the height of Typhoon Ulysses in Bulacan, with two of the fatalities bitten by snakes believed to have been fleeing the massive flooding in the province.

In a report, the Bulacan provincial disaster risk reduction and management office (PDRRMO) said the fatalities included a 31-year-old man bitten by a snake in the town of San Ildefonso.

The PDRRMO said the snakes could have been seeking higher ground, too, at the height of floods in the town.

The two other fatalities drowned or were electrocuted in the towns of Baliwag and Bocaue.

A state of calamity has been declared in Bulacan as a result of the flooding which reached 2.4 meters deep in some areas.