Isko Moreno vows to do more to bring back GMRC, strengthen STEM program 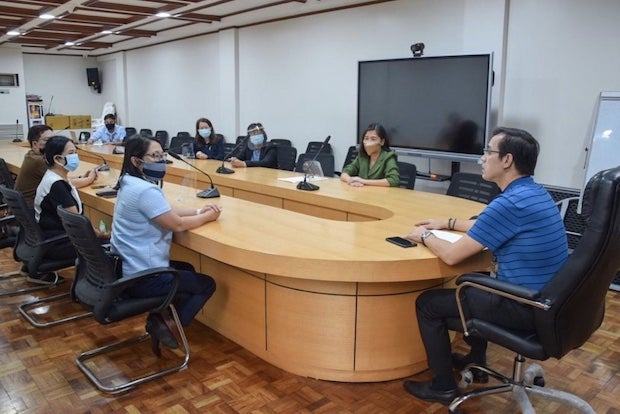 Manila Mayor Isko Moreno met with education officials on Tuesday, Nov. 17, 2020, to discuss the return of GMRC in schools. (Photo from his office)

MANILA, Philippines — Manila Mayor Francisco “Isko Moreno” Domagoso vowed on Tuesday to do more bring back the Good Manners and Right Conduct program in all schools and strengthen the Science, Technology, Engineering and Mathematics program in senior high schools.

Moreno made the statement during a meeting with officials of the Department of Education (DepEd) and the Manila Division of City Schools.

Specifically, he said the City Hall would conduct information dissemination through such venues seminars on the GMRC program for students and teachers.

The main goal in reviving the program, he said, would be to get people to have “respect and compassion for each other” even though they might disagree on certain issues.

According to him, inculcating concern — “malasakit” — for each other is a key for everything else.

“There are many things implied in it — respect, appreciation, discipline. When you care, you’ll understand naturally even the small things,” he added.

“We’ll be glad to support — anything that we can do in our own little way, with the help of the superintendent and the school board, to redirect, go back towards a journey of developing the next generation, the next Batang Maynila while we address the existing one and bring it back right to the community,” he said.

Teachers play a key part in molding children into responsible citizens since a big part of their time is spent in schools, Moreno said.

The meeting was held as the national government was also discussing the implementing rules and regulations of the GMRC and Values Education Act (Republic Act No. 11476).

Under that law, the GMRC program will be taught as a separate subject for students from Grade 1 to Grade 12, with the same time allotment as other subjects.