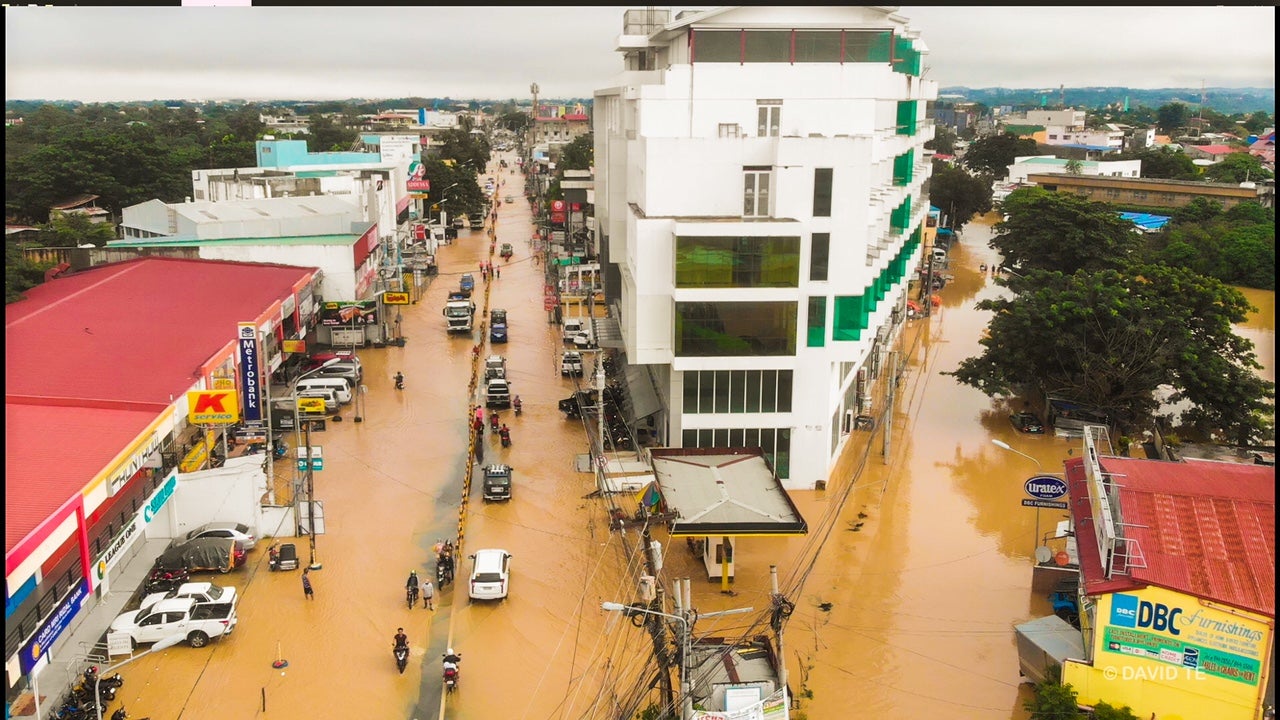 Roads, streets, and homes in Tuguegarao City were submerged under water at the height of the severe flooding that hit Cagayan province on Nov. 14. Although the floodwater has receded three days after, at least 29 people were killed in the entire Cagayan Valley region and mostly from drowning, landslides, and electrocution. Photo courtesy of David Te

There are several agencies dealing with water management concerns and there should be better coordination among them, Pangilinan said in an interview over ABS-CBN News Channel on Wednesday.

“I believe one solution is to come up with an executive order (EO) and put together this inter-agency task force,” he said.

“It’s an integrated water resource management agency rather than a department that will identify, they should have a 10-year plan on how to do flood control,” he added.

Pangilinan said the National Irrigation Administration (NIA), the Department of Public Works and Management (DPWH), the Local Water Utilities Administration (LWUA), and the Metropolitan Waterworks and Sewerage System (MWSS) could be members of this task force.

“Pagbahaha ito e [The problem is flooding]. NIA is an irrigation entity. It is not focused on solving the problem flooding. That is actually the task of another agency which is the Department of Public Works and Highways, which manages our flood control management,” the senator said.

“Kailangan may coordination from the different agencies involved in water management,” he added.

(Coordination is needed for different agencies involved in water agencies.)

“A Cabinet secretary position should be on top of this so that there is direct access to the President,” the senator said.

“They (agencies) have to come together and decide what to do moving forward to address all these water management issues,” he added.

Pangilinan was among the senators pushing for a Senate investigation into the massive flooding in Cagayan Valley amid the onslaught of Typhoon Ulysses.