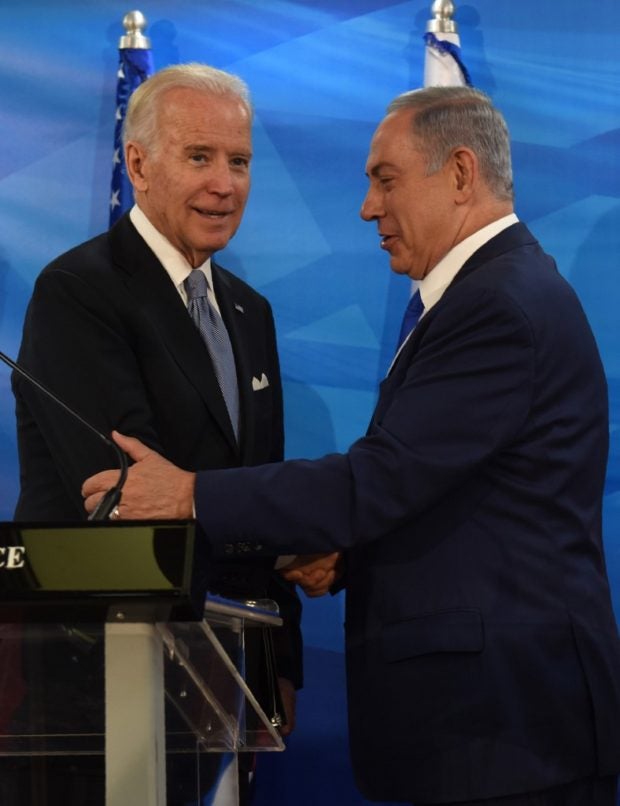 WILMINGTON, Del. — US President-elect Joe Biden on Tuesday held his first talks since his victory with the prime ministers of Israel and India, allies of Donald Trump who has not conceded defeat.

Biden told Israeli Prime Minister Benjamin Netanyahu, who had a notoriously rocky relationship with the last Democratic president, Barack Obama, that he was determined “to ensure that the US-Israel relationship is strengthened and enjoys strong bipartisan support.”

Biden “reiterated his steadfast support for Israel’s security and its future as a Jewish and democratic state,” the president-elect’s office said in a statement.

The office of Netanyahu, who had vigorously challenged the 2009-2017 Obama-Biden administration over its diplomacy with Iran and push for Palestinian rights, said he had a “warm” conversation with the president-elect.

“I said that as an old friend of Israel he knows our friendship is based on values beyond partisan politics,” Rivlin wrote on Twitter.

India enjoys support across party lines in Washington but Democratic lawmakers have increasingly voiced concern about human rights under the Hindu nationalist Modi, including his championing of a controversial citizenship law and revocation of autonomy in Muslim-majority Kashmir.

Biden said he hoped to cooperate with Modi on common challenges including the Covid pandemic, regional security, climate change and, in a delicate choice of words, on “strengthening democracy at home and abroad.”

The Indian foreign ministry said Modi for his part called for cooperation on promoting access to affordable vaccines and also conveyed greetings to Vice President-elect Kamala Harris, whose mother was born in India.

Trump has refused to concede defeat two weeks after the election but the leaders of virtually all countries have congratulated Biden except Russia, Mexico, Brazil, North Korea and Slovenia.