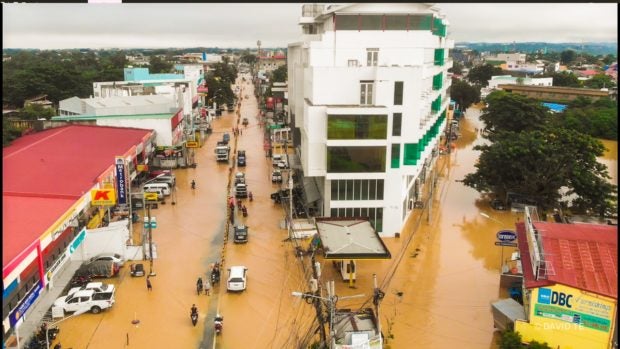 Roads, streets, and homes in Tuguegarao City were submerged under water at the height of the severe flooding that hit Cagayan province on Nov. 14. Although the floodwater has receded three days after, at least 29 people were killed in the entire Cagayan Valley region and mostly from drowning, landslides, and electrocution. Photo courtesy of David Te

TUGUEGARAO CITY –– The number of fatalities from the severe flooding that hit Cagayan Valley has climbed to 29, the regional disaster risk reduction management office said on Tuesday.

Cagayan province recorded 13 of these deaths, six of which were due to drowning. The other four were from a landslide in Baggao town, while three more were due to electrocution.

Ten people were also killed in a landslide that buried them at a mining site in Barangay Runruno in Quezon town, Nueva Vizcaya.

In Quirino province, one had drowned, and another one was reported missing, while three were injured at the height of the typhoon.