Damage caused by Ulysses in Marikina City estimated at P30B 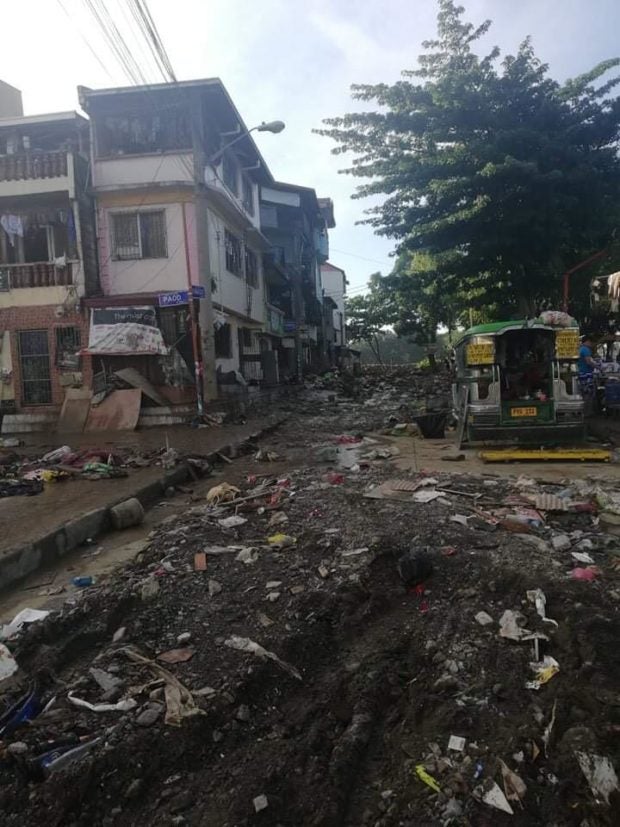 Bgy Calumpang Marikina after the flood. Photo by Dennis Carcamo

MANILA, Philippines — The Marikina government has estimated the damage wrought by Typhoon Ulysses in the city to reach P30 billion, with its after-effects still being felt economically.

In an interview with ABS-CBN News Channel on Tuesday, Mayor Marcelino Teodoro said that the deluge caused by the typhoon had affected warehouses storing certain products, including its main merchandise — shoes and bag products.

Teodoro also said that almost 40,000 houses in the city were submerged in floodwater comparable to the situation during Typhoon Ondoy in 2009.

He added that while the city government can restore basic services in communities, the economic hardship caused by Typhoon Ulysses to families can be felt for a longer period.

“You can just imagine the water as high as the second story of the house, so lahat ng gamit pati doon sa bahay nasira eh (all the materials in the house were destroyed),” said Teodoro.

“We may be able to clear the roadways, restore the power, the water, telecom, utilities, public infrastructure, but the problem really is on the individual level, the economic hardship brought about by the damages of Typhoon Ulysses,” he added.

While the flooding has already subsided, many of the houses in the city are still “buried” in mud, according to the mayor.

“If you will only see the actual condition of our communities, there is really nothing to assess but you will see houses buried in mud, knee-deep mud and people cannot access their homes,” he said.

Read Next
Classes in Marikina City may resume by January, says mayor
EDITORS' PICK
New Year, New Rediscoveries
Joe Biden sworn in as 46th U.S. president
Dacera case: Sinas orders relief of Makati’s top cop, medicolegal officer
Biden’s inaugural address: Democracy, truth and Covid
Is your company a growth champion? Stand up and be recognized!
Acer Philippines welcomes you to its first flagship store
MOST READ
Makati Shangri-La to close its doors temporarily starting Feb. 1
‘Bikoy’ ordered arrested by Manila court on perjury charges
Graft complaint filed vs Diokno, other BSP execs for P1.75-B contract for IDs
A shade at Roque? Vice asserts being a comedian, not a clown
Don't miss out on the latest news and information.