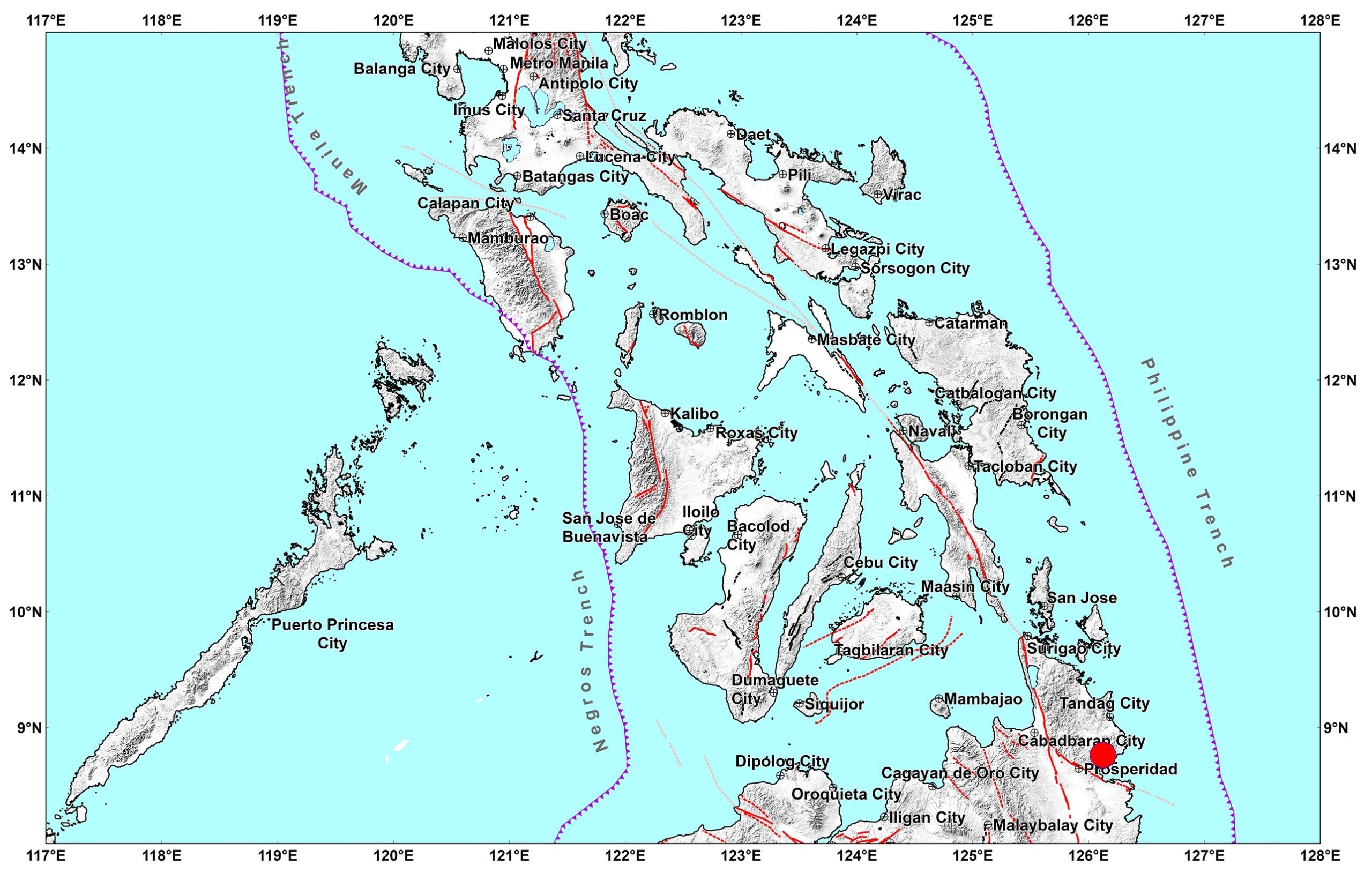 Phivolcs initially reported that the earthquake was at magnitude 6.4 but later revised it to magnitude 6.0.

Phivolcs reported that the earthquake was of tectonic origin and struck 11 kilometers northwest of San Agustin at 6:37 a.m.

It had a depth of focus of 33 kilometers.

The earthquake was felt at Intensity V in Bislig City, according to Phivolcs.

The earthquake was felt at the following intensifies:

Meanwhile, instrumental Intensities were recorded in the following areas: