Several roads in eastern NCR, nearby provinces still not passable due to floods 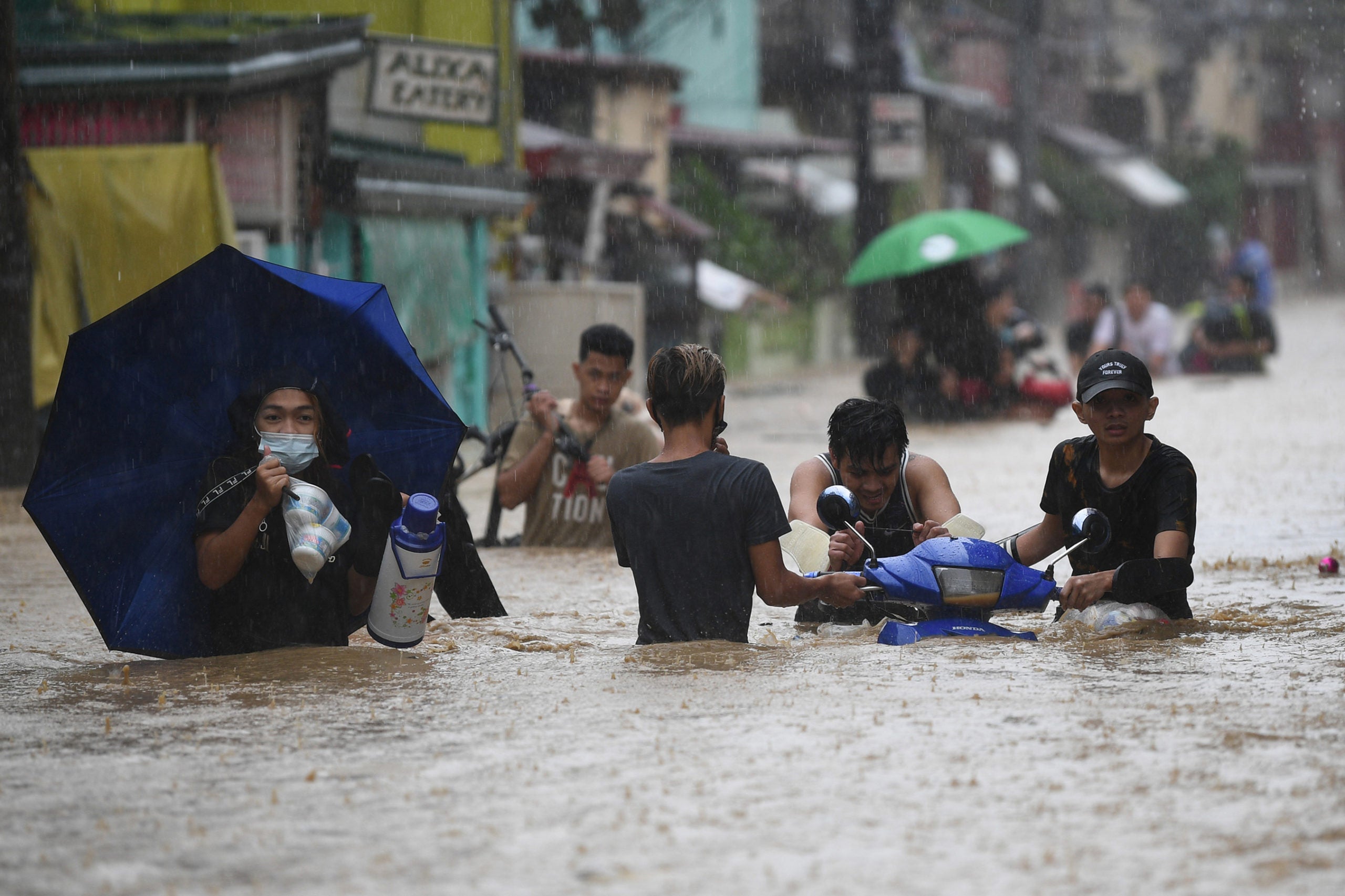 Residents carry their belongings as they make their way through a flooded street to shelter after Typhoon Vamco hit, in Marikina City, suburban Manila on November 12, 2020. (AFP)

MANILA, Philippines — Various roads and its segments in the eastern portion of Metro Manila and adjacent provinces are still not passable due to rains brought by Typhoon Ulysses that caused widespread flooding.

According to the Eastern Police District, the following roads in the cities of Pasig, Marikina, Mandaluyong, and San Juan are still not accessible to vehicles.

The Metropolitan Manila Development Agency (MMDA) also noted earlier that the whole Marcos Highway system from Santolan in Pasig to Masinag in Antipolo City is not passable especially to light vehicles.

After making landfall over Quezon province thrice from Wednesday night to early Thursdsay morning, Ulysses moved towards Central Luzon with its eyewall hitting Metro Manila and nearby areas.

At its peak, Ulysses packed maximum sustained winds of 155 kilometers per hour (kph) and gustiness of up to 255 kph.

Water levels at the Marikina river rose to over 21.5 meters on Thursday morning, which meant that waters overflowed to roads and highways which means that certain areas are inaccessible due to neck-deep flooding. 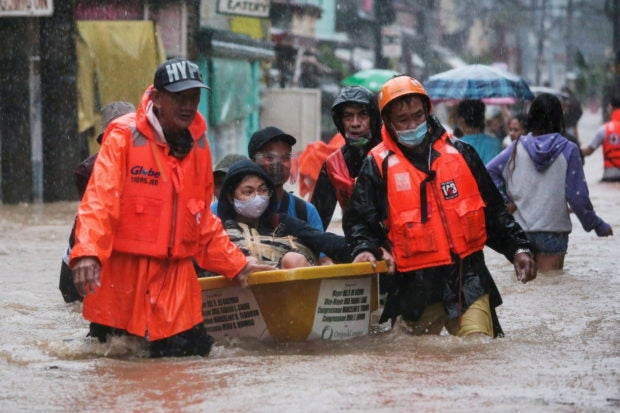 Residents affected by floods from Typhoon Vamco are rescued on a boat, at Marikina, Metro Manila, Philippines, November 12, 2020. REUTERS/Eloisa Lopez