LOOK: Cargo ship hits seawall of mall in Pasay due to Ulysses 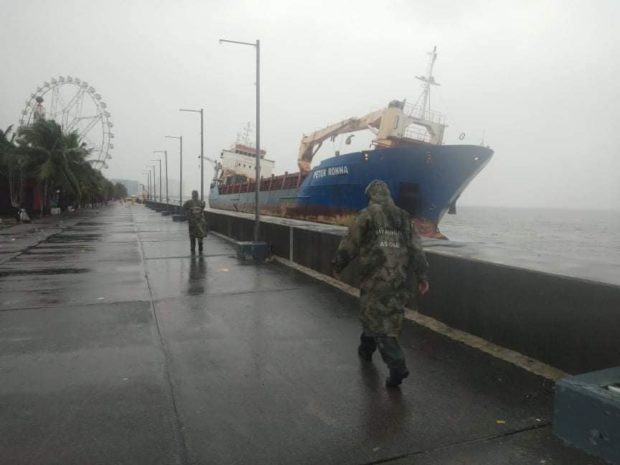 MANILA, Philippines — A cargo vessel struck the seawall of a mall in Pasay on Thursday morning after as the waters off Manila Bay swelled due to the heavy rains and violent winds brought about by Typhoon Ulysses.

(Just In: Due to the strong winds and violent waves due to Typhoon Ulysses, a cargo vessel hit the Joggers walk sea wall in SM Mall of Asia.)

In a report from Pasay police, a security guard of the mall first found the cargo vessel named “Peter Ronna” drifting near the seawall at 12:30 a.m.

Rubiano said they are working with the Philippine Coast Guard (PCG) to determine the cause of the incident as well as to clear the area.