DOE eyes to restore power in Virac, Catanduanes by Nov. 13 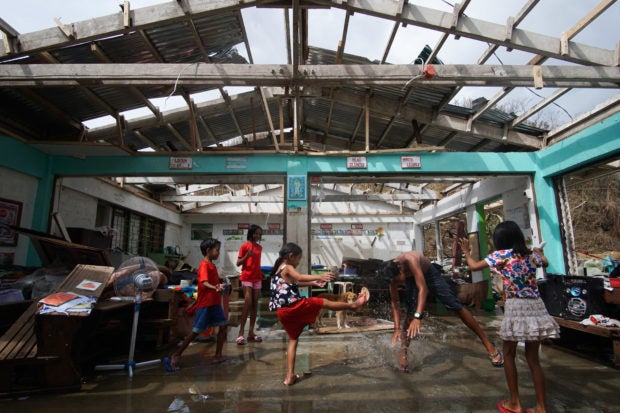 MANILA, Philippines — The Department of Energy (DOE) is targeting to bring back the power in the municipality of Virac in Catanduanes, which was recently hit by the powerful Typhoon Rolly, by November 13.

This was disclosed Wednesday during the House hearing of the committee on energy after Typhoon Rolly, reported as the strongest storm that has hit the world so far this year, ravaged several provinces in the country.

During the hearing, Pampanga Rep. Mikey Macapagal-Arroyo asked the DOE when will power be restored in Catanduanes barring any other further fortuitous events or typhoons and not using generators.

DOE Undersecretary Felix William Fuentebella reiterated their earlier target of lighting up the whole province before Christmas, while also providing a specific date for the municipality of Virac.

“We have already been closely monitoring the arrival of the equipment, the personnel are already on the ground,” he added.

Earlier, Catanduanes Governor Joseph Cua said that 90 percent of utility poles in the province were toppled by Rolly.

The National Electrification Administration (NEA) likewise, said that the cost of damage that Typhoon Rolly inflicted on electric cooperatives has so far reached about P344.7 million as of November 7.