Bolsonaro tells Brazil not to deal with pandemic ‘like fags’ 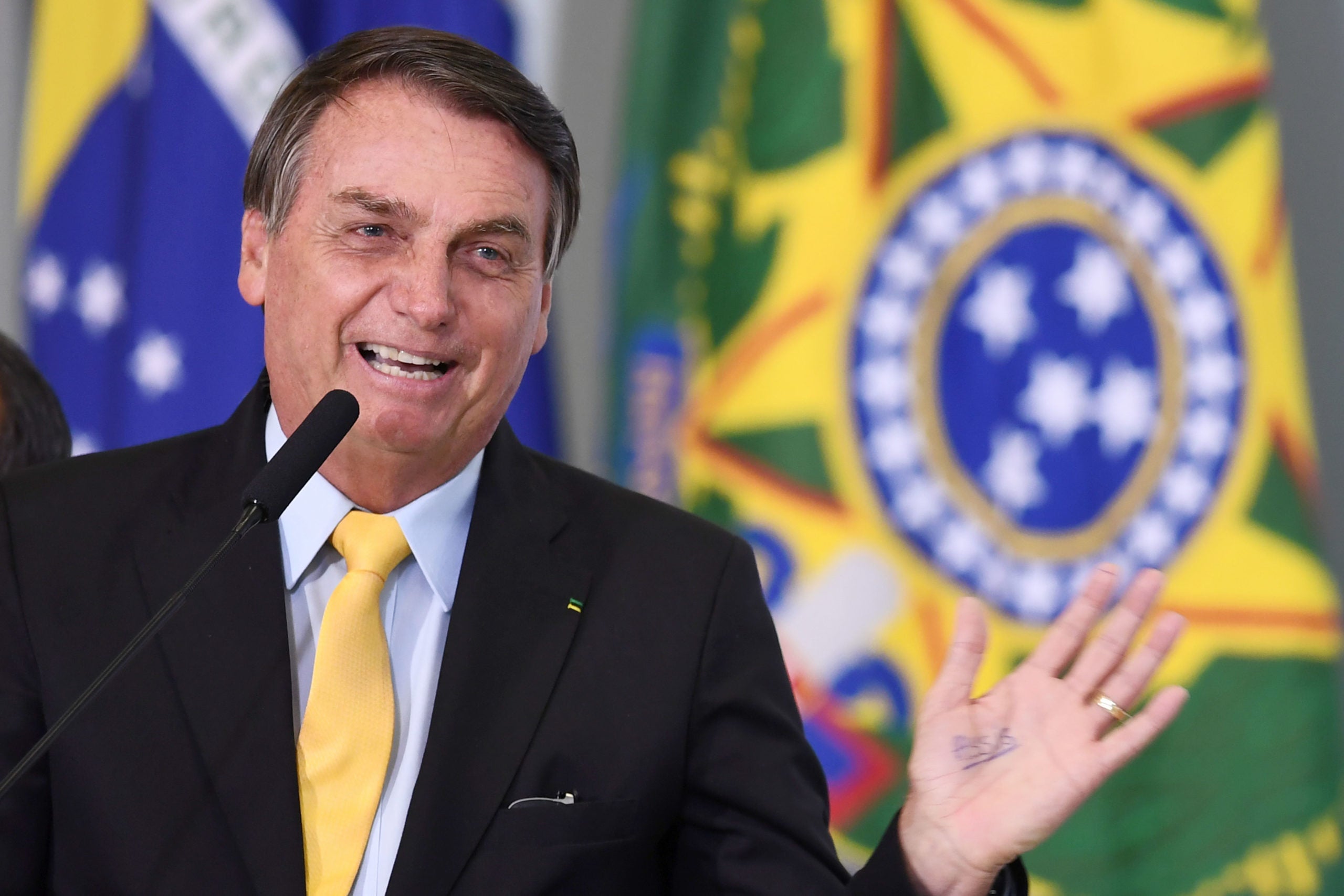 Brazilian President Jair Bolsonaro speaks during an event to announce the clinical study of the use of Nitazoxanide in an early treatment against COVID-19, at Planalto Palace in Brasilia, on October 19, 2020. (AFP)

BRASÍLIA, Brazil–President Jair Bolsonaro drew criticism Tuesday for telling Brazilians not to deal with Covid-19 like “a country of fags,” the far-right leader’s latest controversial outburst on the pandemic.

Bolsonaro, who has consistently downplayed the virus even as it has killed 163,000 people in Brazil — the second-highest death toll worldwide, after the United States — made the comment during a meandering speech at the presidential palace in which he also appeared to threaten US President-elect Joe Biden.

“All anyone talks about these days is the pandemic. We need to stop that,” said Bolsonaro during the speech, which was ostensibly on tourism.

“I regret the deaths. I really do. But we’re all going to die someday. There’s no use fleeing reality. We have to stop being a country of fags…. We have to face up to it and fight. I hate this faggot stuff.”

It was the latest in a long list of controversial statements on the pandemic from Bolsonaro, who has condemned the “hysteria” around Covid-19, compared the new coronavirus to a “little flu” and asserted that Brazilians’ immune systems were so strong they could swim in raw sewage and “not catch a thing.”

The president also sparked controversy with a veiled jab at Biden, who has irked Bolsonaro by urging his administration to better protect the Amazon rainforest.

Bolsonaro, an ardent supporter of President Donald Trump, is among the few world leaders who have not congratulated Biden on his election win, which Trump has not accepted.

“Recently, a big-shot presidential candidate said if I didn’t put out the wildfires in the Amazon he would impose trade sanctions on Brazil,” Bolsonaro said, apparently referring to a comment Biden made during his first debate with Trump in September.

“How do you deal with that kind of thing? Diplomacy alone doesn’t work…. You have to have gunpowder. You don’t have to use it. But they have to know you have it.”

“Between ‘gunpowder’ and ‘fags,’ we have more than 160,000 dead in the country,” tweeted the speaker of the lower house of Congress, Rodrigo Maia.

“Our solidarity to all the friends and family of victims of Covid-19.”