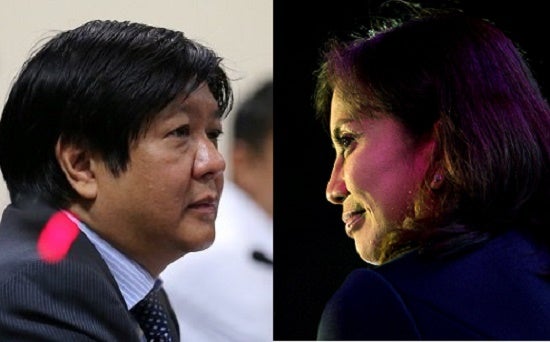 In February 2018, the PET issued a resolution prohibiting the parties from discussing to the public the merits of their case while it is pending in court.

A month later, the PET issued another resolution reminding both camps to follow the sub judice rule.

A sub judice rule means that parties to a case are prohibited from discussing to the public the merits of their case while it is pending in court.

The warning was reissued, but this time, the PET told both parties that “any more violation of this order shall be dealt with more severely.”

“In view of the recent appearances and statements of the parties, their counsels and their agents in various media outlets including print, broadcast and social media, the Presidential Electoral Tribunal reiterates its Resolutions dated February 13, 2018 and March 20, 2018 directing the parties to strictly observe the sub judice rule,” the PET said.

“These are not the proper venues to litigate their case. The parties, their counsels and their agents are sternly warned that any more violation of this order shall be dealt with more severely,” it added.

The parties again started bickering following the Marcos’ camp’s move to inhibit justice-in-charge Associate Justice Marvic Leonen. Marcos, and his lawyer Atty. Vic Rodriguez held a virtual press conference explaining the motion they have submitted to the PET, praying, among others Leonen’s inhibition.

The same day, the Office of the Solicitor-General filed a similar motion. Both the Marcos camp and the OSG said Leonen was delaying the resolution of his election protest until it becomes moot and academic with the filing of candidacies for the 2022 elections in October of next year.

Robredo’s camp immediately lashed back at Marcos camp for seeking Leonen’s exclusion from the cases, telling the former senator to “stop acting like a spoiled brat who cries when he doesn’t get his candy.”

Her lawyer Emil Marañon also appeared over CNN Philippines vowing to question the filing of the Office of the Solicitor General (OSG) a separate pleading before the SC backing Marcos call for Leonen’s inhibition and the re-raffling of the case to another justice.

“We will file the necessary pleading to raise our objections regarding number one, the participation of the Solicitor General. Second, the actual merit of what the Solicitor General has filed. For us, this is a very abnormal circumstance. It should be questioned,” Marañon said.

Marañon observed the similarity of the pleading filed by Calida and Marcos, indicating possible collusion between the two.

On September 10, 2019, another warning was issued after it concluded and finished the recount and revision of ballots in the three test provinces of Iloilo, Negros Orienta, and Camarines Sur involving 5,415 election precincts.

The PET  noted that despite the directives, several news reports have shown that the parties, their counsels and/or representatives, have continued to disclose sensitive information regarding the public’s revision process, in clear violation of the aforementioned resolutions. [ac]